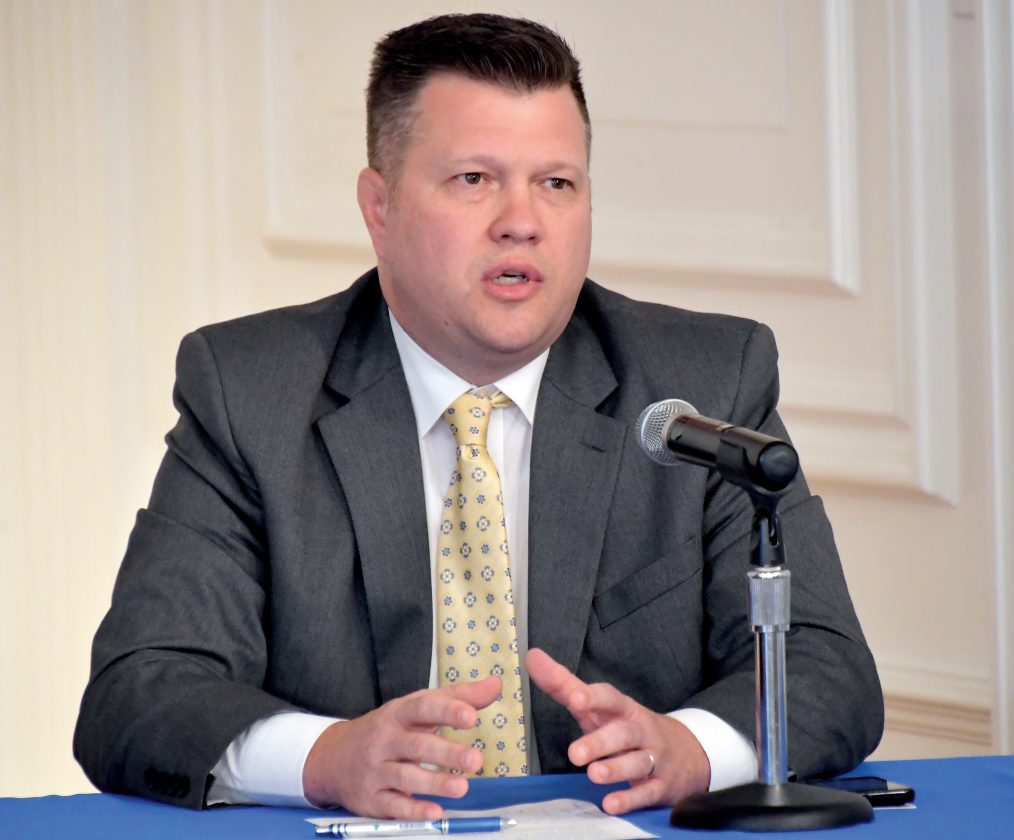 CHARLESTON — Leaders of the West Virginia Legislature and the acting state superintendent of schools were at odds Thursday about whether to re-open school April 30 or close school for the remainder of the school year while the coronavirus spreads.

During Gov. Jim Justice’s daily COVID-19 briefing Thursday, Acting State Superintendent of Schools Clayton Burch took issue with a letter sent to the governor Wednesday by majority and minority leaders of the Senate and House of Delegates earlier that day asking Justice to cancel school for the remainder of the school year.

“It was quite disheartening that we would have a divided message on the closure of schools,” Burch said. “We want a single message out in the field, and I think it is important that folks understand that the message needs to be a single message. We want to be as optimistic with our children and families as we can.”

Justice announced Wednesday that public schools in West Virginia would remain closed until Thursday, April 30, to follow President Donald Trump’s extension of social distancing guidelines until the end of the month. West Virginia schools have been closed since March 16, with counties either sending work packets to students’ homes or using online learning tools to help students. School service personnel, with help from the West Virginia National Guard and community organizations, have been sending meals to students’ homes.

“Based upon these projections, we believe it would be wise to fall on the side of caution and keep students at home for the remainder of the 2020 school year rather than risk sending our children into potentially hazardous and untenable learning environments,” the lawmakers wrote. “This move is necessary and makes good sense.”

Justice said he made the decision to move the school closure date to April 30 based on advice from the Department of Education, the Department of Health and Human Resources and Coronavirus Czar Dr. Clay Marsh.

“I listen to my experts,” Justice said. “These decisions are not easy decisions, and they’re tough decisions.”

When asked why he would move the primary election from Tuesday, May 12, to Tuesday, June 9, and not close schools for the rest of the year, Justice said it was important to make a decision about the election sooner rather than later due to the multiple dates and deadlines involved. Justice said there was still plenty of time to evaluate whether keeping schools closed was a good idea.

Both Burch and Justice said it was important for students to remain hopeful that school could resume next month.

“We want you to be able to come back to school,” Burch said. “If you can see your friends and see your teacher and bring some closure to the school year, we want to take advantage of that.”

“I’m not going to do something that denies our kids some level of hope,” Justice said. “Our kids are sitting at home right now very hopeful that they’ll get to go back to school, and I’m not ready to throw the towel in as of yet.”

Only eight states have closed for the academic year, according to Education Week.