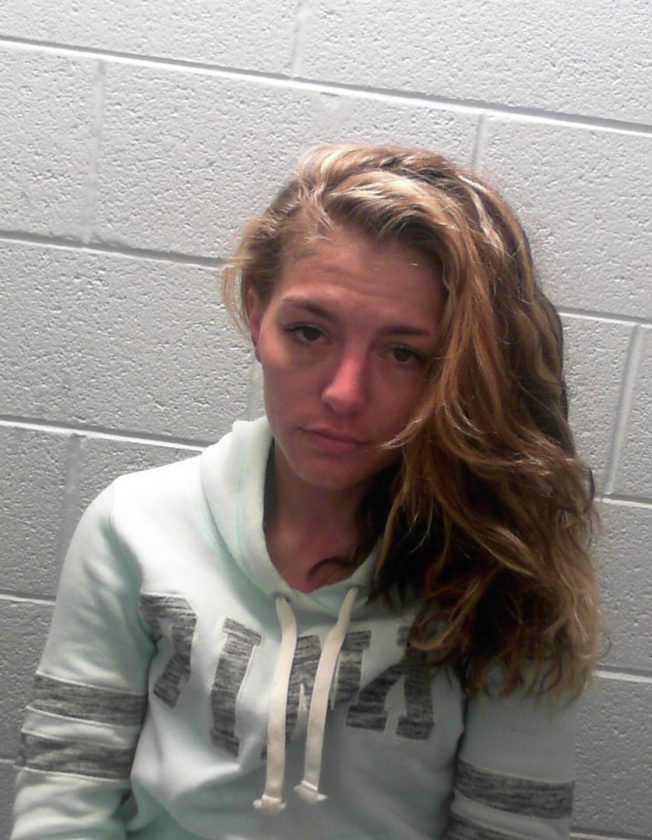 ELKINS — A Mill Creek woman was arrested for allegedly stealing items from Walmart in Elkins.

Haley Brooke Fincham, 27, of Mill Creek, is being charged with third offense shoplifting, a felony, for allegedly stealing several containers of makeup from the store.

According to the criminal complaint filed in Randolph County Magistrate Court, on April 30, Randolph County Sheriff Senior Deputy A.M. Channell responded to Walmart and upon arrival spoke to the Walmart loss prevention employee Ron Davis and was told that Fincham was attempting to return a stolen item to the service desk.

“Upon further review Ron (Davis) said that he could see what appeared to be several containers of makeup in the purse that Haley (Fincham) had hanging from her shoulder,” it states in the complaint. “Ron (Davis) asked her where the makeup came from and she stated that was stolen from inside the store.”

The value of the items allegedly taken from Walmart totaled $76.89. Fincham was arraigned by Randolph County Magistrate George Riggleman. She is being held in the Tygart Valley Regional Jail on a $10,000 cash or surety bond.