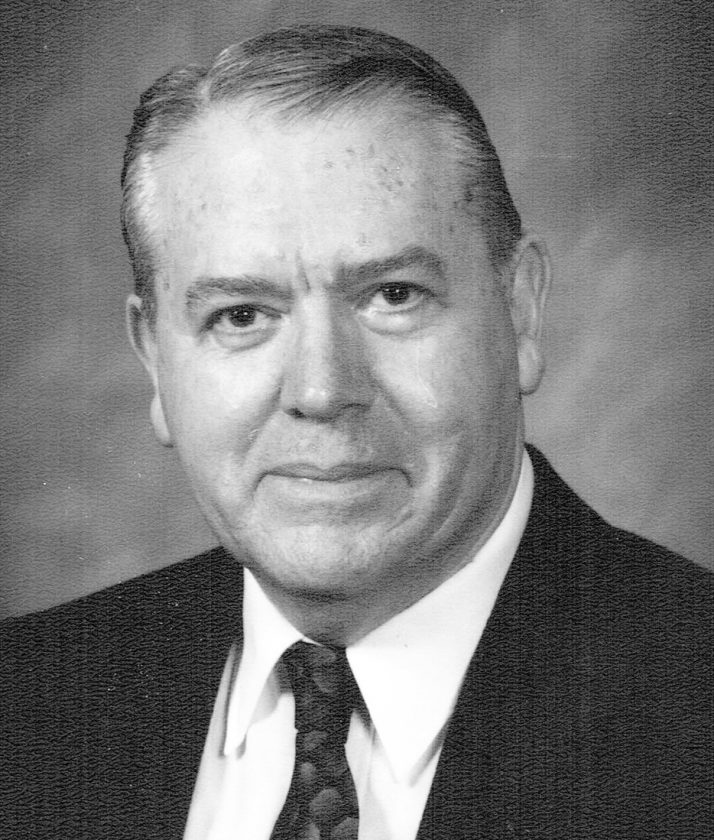 David Phillips, 79, of Woodsfield, Ohio, and formerly of the Mill Creek, community, died Thursday evening, May 9, 2019, at the Southeastern Ohio Regional Medical Center, Cambridge, Ohio, as the result of a motor vehicle accident.

He was born on Aug. 3, 1939, in Adolph, a son of the late James L. and Hattie Pritt Phillips. For many years, he bravely fought numerous battles with malignant melanoma and Parkinson’s disease. The youngest of nine siblings, David was the last surviving member of his immediate family.

In addition to his parents, he was preceded in death by four brothers and their spouses, Paul (Louise) Phillips, Jack Phillips, Elmer Phillips, and Don (Marilyn) Phillips; four sisters and their spouses, Geneva (James) McLaughlin, Mabel (Russell) Fox, Wanda Phillips and Catherine Phillips. Also preceding him in death were a niece, Pam Phillips, and two nephews, Kevin and Michael Phillips; his father-in-law and mother-in-law, Ralph and Elsie Burky; and his brother-in-law, William H. “Billy” Burky.

Mr. Phillips dedicated his life to education. He always believed he chose the right profession because he enjoyed working with people, especially the young and the elderly. He began his education in a two-room elementary school near his home and was a 1957 honor graduate of Tygarts Valley High School, where he also lettered four years in basketball. He was a dean’s list student and 1961 graduate of West Virginia Wesleyan College earning a B.A. degree in education with a major in comprehensive business education. In 1971, he earned a M.Ed. degree summa cum laude from Kent State University and completed postgraduate work at Ohio State University and the University of Detroit.

He began his teaching career at Pickens High School in Pickens, where his students excelled on a state and national level. After four years, he accepted a position in Lewis County, teaching elementary and secondary students. He also taught adult education classes. In 1966, he and his wife moved to Monroe County, Ohio, where he taught two years at the former Skyvue High School in the Monroe Local School District. He impressed upon his students the value of a good education and often shared his motto, “Work hard, and be determined to do your best.” During those seven years of teaching, Mr. Phillips found his students to be a great inspiration. Ultimately, he enjoyed many lifelong friendships with them.

In 1968, Mr. Phillips began his service in the newly consolidated Switzerland of Ohio Local School District as coordinator of federal and state programs. In 1969, he helped to lay the groundwork for establishing the first special education classes in Southeastern Ohio. In 1972, he was named “Ohio Administrator of the Year” by the Ohio School Counselors Association. Mr. Phillips was a 10-year member (1969-1979) and past president of the board for the former Monroe County Mentally Retarded and Developmentally Disabled program. As federal funds coordinator, he also was the director of the Monroe County Head Start program.

By 1973, Mr. Phillips became administrative assistant to the superintendent in charge of district purchasing, student activity accounts, and collective bargaining for both certificated and classified employees. As assistant superintendent in 1978, he was responsible for the district finances, and in 1985, he was appointed superintendent of the Switzerland of Ohio Local School District, a position he held until his retirement in 1990. Mr. Phillips enjoyed administrative work and believed the daily problem solving provided a great learning experience. His teamwork approach with employees and the board of education was an effort to create good educational opportunities for boys and girls. He held the best interests of the school district at heart. Mr. Phillips enjoyed knowing and working with the people in Monroe County.

After his retirement, Mr. Phillips gave back to his community with several years of volunteer service until his health gradually declined. As a 40-year member of the Woodsfield Kiwanis Club, he chaired several projects for the elderly and homebound. He was the 1993 and 2000 recipient of the “Kiwanian of the Year” award and in 2001 was honored to receive the Kiwanis International Foundation’s “George F. Hixson Award,” bestowed upon individuals for their unselfish contributions in helping to better their communities. Mr. Phillips was also a faithful member of the Woodsfield First United Methodist Church for many years. He served on various committees and helped to further the mission of the church by serving as the chairman of the finance committee, vice-chairman of the endowment committee, and member of the church administrative council. In addition, he was a member of the Monroe Central Athletic Club, Monroe County Farm Bureau, Buckeye Association of School Administrators, Ohio Education Association, and Monroe County Retired Teachers Association.

Mr. Phillips was a wonderful husband. He also loved the members of his family and his friends very much. He was thankful for the many blessings in his life, especially for the gift of each new day. His family gratefully acknowledges the many years of excellent medical care he received from The Ohio State University Hospitals and the compassionate care he was given at Arbors at Woodsfield from 2015 – 2019.

The family will receive friends at Watters Funeral Home, 37501 State Route 78 West, Woodsfield, Ohio from 2 – 8 p.m. on Thursday, May 16. Friends will then be received from 10 a.m. until time of services at 11 a.m. at the Woodsfield First United Methodist Church, 136 N. Main St., Woodsfield, OH on Friday with Pastor David Cottrell officiating. Following the service, a luncheon will be served in the church fellowship hall.

Graveside service and interment will be conducted at Brick Church Cemetery in Huttonsville at 1 p.m. Saturday, May 18.