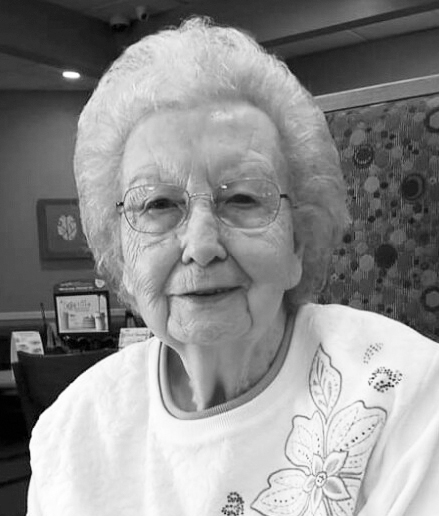 Hildred Sisk, 91, passed away peacefully at her home in French Creek, on Sunday, June 9, 2019, following a brief illness.

On June 8, 1946, she married Bernard Chidester and they had seven children.

Hildred was a loving mother and a friend to all who knew her. Her faith was unwavering and she is now with the angels in heaven. She was able to remain in her home because of the excellent and loving care of her daughter Marie and special son Rad. She was a member of the Rock Cave Baptist Church and attended faithfully whenever health and weather permitted.

The family will receive friends on Wednesday, June 12, from 5 – 8 p.m. at the Heavner and Cutright Funeral Chapel. The funeral will be held on Thursday at 1 p.m.at the funeral chapel with the Rev. Ralph Miller, Gary Gaunt and Pastor David Jessie officiating. Interment will follow in the Rock Cave Cemetery.

Online condolences may be extended to the family at www.heavnerandcutright.com. The family entrusted the Heavner and Cutright Funeral Chapel with the arrangements.