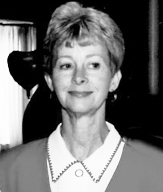 She was born May 20, 1945, in Upshur County, a daughter of the late Roy Lee and Opal Boyles Cunningham.

In addition to her parents, she was preceded in death by her first husband, Larry Henline; one daughter, Kathleen Elhajjaji; four brothers, Jerry, Alan, Jim and Roger Cunningham and one sister, Tressie Depoy.

Mrs. Quick was a secretary. She was a member of the Elks Lodge 1736 in Buckhannon.

Friends will be received at the Poling-St. Clair Funeral Home on Wednesday, July 10, from 5 to 8 p.m. A funeral service will be held 10 a.m. Thursday at the funeral home with Pastor Scott Owens officiating. Burial will follow in the Heavner Cemetery in Buckhannon.