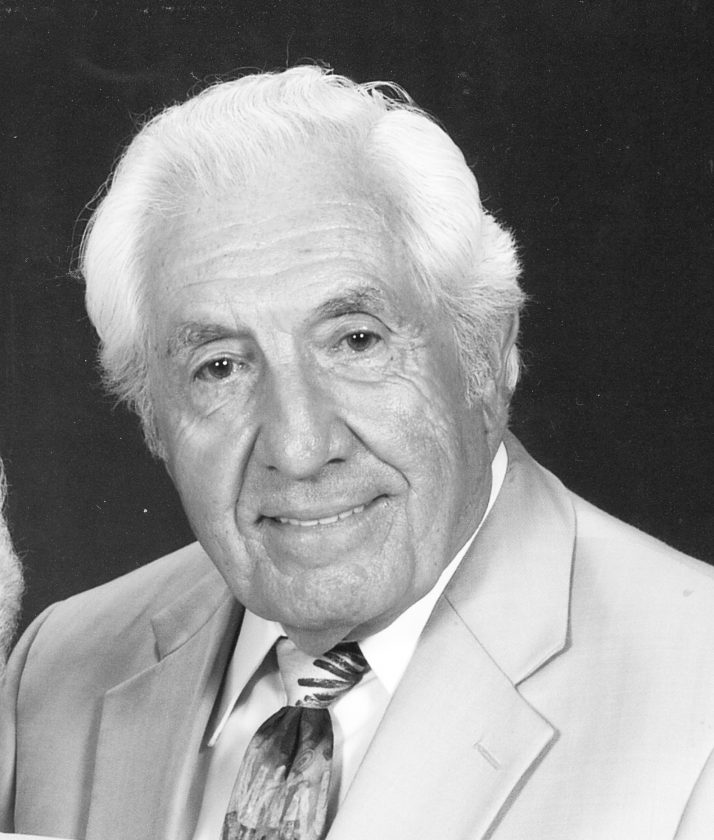 Joseph James DePollo, a Thomas native and an Elkins business man and musician, passed away Friday, Sept. 13, 2019, at the University of Virginia Medical Center in Charlottesville, Virginia, after a short illness.

Born April 10, 1931, in Thomas, Joe was a twin son of the late John and the late Elsie Butch DePollo.

He graduated in 1949 from Thomas High School, where he played baseball and basketball. He attended West Virginia University.

On Sept. 2, 1957, he married Mary Grace Bachtel DePollo at St. Thomas Aquinas Catholic Church in Thomas. They were married 57 year when she preceded him in death in July 2015.

Joe’s early career was spent working in his father’s general merchandise business, DePollo’s Store in Thomas, now the site of the Purple Fiddle. In 1964, he and Grace moved their family to Elkins, where he started a successful insurance and investment business and ran it until earlier this year. Joe not only served the people of Elkins with insurance and investments, but also those in many surrounding counties and western Maryland. He represented a number of insurance and investment firms over the years.

Joe’s family was his greatest pride and pleasure, but he also loved music, particularly polka music, and shared his talent for playing the accordion through the many dance bands with whom he played. For many years, he and his brother John were part of the “Polka Dots,” the Saturday night house band at the Horse Shoe Tavern in Horse Shoe Run, Preston County. Over the years, he and his brother played as the “Godfathers” and most recently, “The DePollo Brothers,” with a variety of talented local area musicians, performing for family reunions, wedding receptions and dances. They also professionally recorded some of their music, which will be cherished by family and friends for years to come. Among their favorite performances were the annual birthday celebrations for their father at the former DePollo’s Store and their annual concerts at the Purple Fiddle in his memory.

Joe was a member of St. Brendan Catholic Church and the Knights of Columbus.

The family will receive friends at the Saint Brendan Catholic Church from 4 to 8 p.m. Friday, Sept. 20. On Friday, at 7:30 p.m., at the church a Wake Service will be recited. On Saturday morning, Sept. 21, the Funeral Mass of Christian Burial will be celebrated at 11 a.m. The Rev. Fr. Jim O’Connor will be the Presider and interment will follow at the Saint Brendan Cemetery at Elkins.

The family suggests that expressions of sympathy be in the form of contributions to the Saint Brendan Catholic Church, 181 Saint Brendan Way, Elkins, WV 26241. The Lohr & Barb Funeral Home is in charge of the arrangements for Joseph James DePollo. Condolences may be expressed to the family at www.lohrbarbfuneralhome.com.