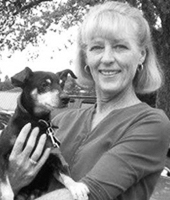 She was born Nov. 15, 1959, in Beckley, a daughter of Guy Pointer of Macon, Georgia and the late Mary Skeens Spencer.

In addition to her mother, she was preceded in death by her stepfather, Jack Spencer.

Mrs. Leigh was a volunteer at the Lewis Upshur Animal Shelter in Buckhannon and was an avid animal rescuer. She dedicated the last few years of her life to rescuing animals. Mrs. Leigh was an educator and a Christian by faith.

In honoring Mrs. Leigh’s wishes, she will be cremated.