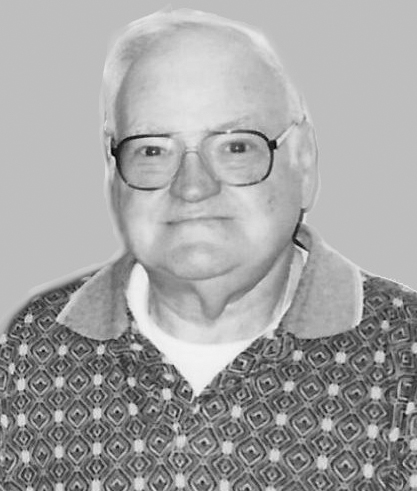 He played tuba in the band and was on the football team at Elkins High School. When he was just 16 years old, he joined the Army National Guard, then transferred to the United States Army in 1950. He was in the 4th Armored Division, 4th Signal Corps during the Korean War. He retired from service in 1987. In addition to serving his country, Bill also served his community as a lifetime member of the Tygart Valley Fire Department.

On, Sept. 3, 1960, he was united in marriage to Irene Tackett at the First Church of Christ in Valley Bend.

Bill was fortunate in that his favorite hobby was how he made a living. He was a skilled woodworker and could build anything. While working for LabCraft, he travelled all over the country building cabinets in hospitals, universities, and many other important buildings. He prided himself on his craftsmanship and his talents were cherished by all who knew him.

Bill was a Christian by faith and was raised in the First Church of Christ. He led by example and his faith showed in the way he lived his life. He was kind, generous, and patient. These qualities helped him change many lives during his later work as a woodshop instructor at Huttonsville Correctional Center, where he retired after 20 years of service.

He is survived by his wife Irene and their two “babies,” Angel and Lucky, who reside at their home in Valley Bend. Also left to cherish Bill’s memory are his only son, William Phillips Jr. and wife Melinda of Valley Bend; his granddaughter and best friend, Sara and husband Eric Gladwell of Huttonsville; a sister, Carolyn Harman and husband Delmar Lee of Valley Bend, and several nieces and nephews. His good friends Kay Keese and Joe Kisner are appreciated for their support over the years.

Besides his parents, he was preceded in death by his grandparents, Francis and Lydia (Fox) Phillips, Robert and Elizabeth “Ma” (Levier) Hedrick, his brother, Ora Dell “Junebug” Phillips Jr., a special nephew, Michael Phillips, and several beloved aunts and uncles.

To know Bill was to know a friend, and he will be deeply missed. If you are saddened by Bill’s passing, simply follow his advice: “Cheer up, things will get worse.”

Visitation will be held at the Randolph Funeral Home today from 5 until 7 p.m. A funeral service will be conducted at the funeral home Wednesday, Jan. 15, at 11 a.m. Kent Price, minister. will officiate and interment will follow in Brick Church Cemetery in Huttonsville where members of H.W. Daniels Post 29, American Legion, Tygart Valley Post 3647, Veterans of Foreign Wars, and the West Virginia Honor Guard will conduct full military honors.

The Randolph Funeral Home and Cremation Services has been entrusted with the arrangements for William Glen Phillips. Send online condolences to the family at www.therandolphfuneralhome.com.