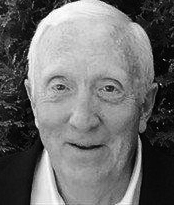 Tharon Laneil Jack, 80, of Elkins, and The Villages, Florida, left this life on Jan. 16, 2020. He was surrounded by his loving family.

He was born to the late Ulysses French Jack and Audrey Garnet Robinson Jack on Aug. 27, 1939, in Elkins. He grew up in Elkins, with his brothers Alvin and Wayne and his twin sister Sharon.

In addition to his parents, he was preceded in death by his brothers Alvin Robinson Jack and Lowell Wayne Jack.

Tharon was a 1957 graduate of Elkins High School, and a Distinguished Military Graduate of Davis & Elkins College (D&E) in 1961. While in college, he served as president of his fraternity, Sigma Phi Epsilon. He also began a very successful military career while at D&E, serving as the student commander for the Air Force Reserve Officer Training Corps (ROTC). He was commissioned to serve in the U.S. Air Force on June 5, 1961, and faithfully served his country for 30 years and 30 days until he retired as a colonel from the U.S. Air Force Reserve on July 4, 1991. From Sept. 1977 to 1991, he also served in the Air Force Academy/AFROTC Admissions Liaison Officer Program. Tharon was a highly distinguished leader, who was recognized for his exceptional military service with numerous awards and decorations throughout the years, including the State of West Virginia Meritorious Service Medal and recognition, in 1978, as the Outstanding Liaison Officer Commander in the Northeast. In addition to his military service, Tharon contributed his knowledge, experience and leadership to several civilian positions. Upon transitioning from active to reserve duty with the Air Force in 1966, he became an associate vice president at Converse College in Spartanburg, South Carolina. He returned to Elkins in 1968 to become director of Development at his alma mater, Davis & Elkins College. From 1971 to 1973, he served as the industrial relations manager for the Bata Shoe Co., and then became a supervisory compliance officer and safety specialist with the U.S. Department of Labor Occupational Safety & Health Administration (OSHA) in 1973. Tharon joined the General Services Administration (GSA), in 1980, as a federal buildings manager where he remained until his retirement. Tharon Jack was a man of exceptional character and integrity. His benchmark was excellence in all he attempted, and he consistently chose to “do the right thing, just because it’s the right thing,” which was a habit he encouraged in others. Tharon had a joyful spirit and loving heart. He seemed to run into someone he knew everywhere he went, even in a foreign country. He made friends easily and had a great sense of humor. If he teased you, that meant he cared for you. He valued spending time with family and friends and could be found most weekday mornings at the Elkins McDonalds with his buddies, the “ROMEOs” (Retired Old Men Eating Out), discussing the events of the day, and solutions for the problems of the world. He was also an avid golfer who enjoyed the game with many friends and family members. Tharon was a dedicated community leader, focused on making the world a better place. He was kind and generous, often making gifts of his time, talent and treasure for the benefit of others. He was a devout Christian, and those values were the foundation of his life. As a life-long member of First United Methodist Church in Elkins, he faithfully served as a greeter and usher for church services and participated in United Methodist Men for many years He was an active life member of the Benevolent Protective Order of the Elks Lodge 1135 for more than 50 years. He also served as a member of the Board of Directors of the Randolph County Senior Center. Tharon valued education and demonstrated that through his unwavering support for his alma mater, Davis & Elkins College. His outstanding commitment and service to the college was recognized by D&E when they presented him with the Tower Award in 2002. To further express their devotion to D&E, Tharon and his wife, Judy, created the Jack Family Scholarship Endowment in 2018, to provide a perpetual fund to assist West Virginia students with financial need, in honor of their three children who also graduated from the college. Tharon Jack was a loving, devoted family-man and a steadfast, loyal friend. He cherished his family and led them with an uncommon grace and wisdom that inspired them to do and be their very best. Those who were with him as he left this life know that the angels received him as he took the hand of God.

Friends and family are invited to share in a celebration of Tharon’s life on Saturday, Feb. 22, at First United Methodist Church in Elkins. Visitation will take place from 11 a.m. until 1 p.m., with a memorial celebration beginning at 1 p.m. The Rev. Brian Seders and the Rev. Dr. Basil A. Hensley will officiate. Full military honors will be accorded by members of the United States Air Force Joint Base Andrews Honor Guard.

In lieu of flowers, the family requests that memorial contributions be made to Davis & Elkins College for the Jack Family Scholarship, Davis & Elkins College, 100 Campus Drive, Elkins, WV 26241 (ATTN: Wendy Morgan). Gifts in Tharon’s memory may also be made to First United Methodist Church, 315 Kerens Ave., Elkins, WV 26241. The Tomblyn Funeral Home of Elkins is in charge of the arrangements for Tharon Laneil Jack. Condolences may be expressed to the family at www.tomblynfuneralhome.com.