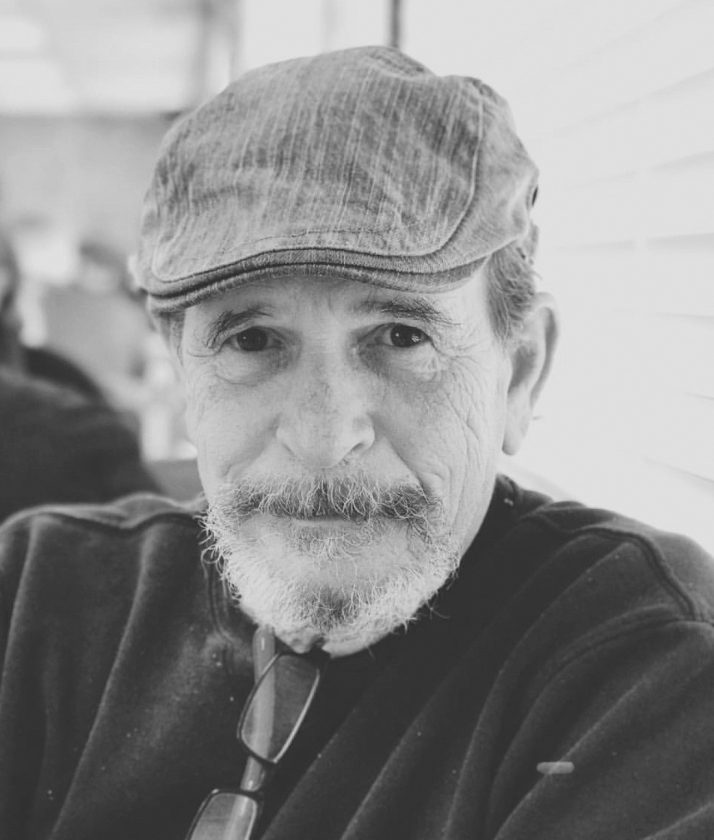 Terrance Frances Shimbo or “Terry” for the many who knew him both far and near has died. He passed at his home peacefully on March 28, 2020 with family and friends by his side. He was 75 years old.

He was born in Elkins, on July 27, 1944. It was a year marked by World War II. Gas was 15 cents per gallon and Old Spice Shaving Soap could be bought for just a dollar. Bing Crosby had the number one hit in America with “Swinging on a Star.” It was a time to be alive and a boom of birth across America.

Terry was the first son born from the marriage of an Italian man and Irish woman. Valentino Francisco Shimbo “Val” and Sarah Cecelia Dougherty “Chickie” would go on to birth and raise their four children in Elkins. Terry the oldest followed by brother James “Jimmy” (71), sister Maureen (deceased) and brother Valentino “Chi Chi” (deceased). He is survived by his brother Jimmy, oldest daughter Cecilia Cooleen and her husband John Cooleen of Devon, Pennsylvania, daughter Nicola Nieves and her husband Jim Jackson of Elkins and son Michael Shimbo, who mostly lives on airplanes.

He also leaves behind six grandchildren. The oldest Isabella Nieves (namesake of Bella’s of Bowden); Nolan, Brendan and Jocie Cooleen and Max and Luke Jackson. He loved them all dearly.

Terry also leaves behind a massive community of friends who will miss and remember his larger than life spark of energy. He loved Elkins and the great community of people who call it their home.

Known for his incredible work ethic, Terry found his calling in the world of entertainment — a suitable career for an entertainer. For over 40 years, he created and operated several bars and restaurants in Elkins and the surrounding area. Most recently he operated Terry’s Place on Davis Avenue.

In the 1980s and early 1990s, he and his brother Jimmy operated Friar Tuck’s. Friar’s was known well beyond the Elkins zip code as one of the most successful nightclubs in West Virginia. Their creativity was endless — hosting everything from grizzly bear wrestling to an English darts league. On any given night, Terry could be witnessed delivering a signature singing and dance performance of the song “Strokin'” by Clarence Carter. The club was also known for shutting down nightly by playing Bob Seger’s “Turn the Page.” The Shimbo brothers cemented themselves as nightclub entrepreneurs with Friar Tuck’s and the many venues to follow — most notably Bella’s of Bowden which he operated until 2019.

Terry loved golf. When he wasn’t working or holding court at Scottie’s restaurant, he could be found playing with his very best friend “Miami” Bob Geffken (currently of North Carolina). Miami Bob and Terry played most of West Virginia’s courses over their years — even traveling as far as the Bahamas to hit the links. Their friendship forged remained until the last breaths of Terry’s passing. Miami was his very best friend.

In 2014, Terry was diagnosed with cancer. He tackled the disease like so many things in his life — showing incredible strength, positivity and an “is what it is” attitude.

Terry Shimbo celebrated life on his terms. He was far from conventional. He lived life his way and that’s exactly how he has left this world. He will be missed dearly by countless friends and family who knew him locally and around the world.

The planning of a “Celebration of Life” for Terry will be announced following the precautions of the COVID-19 has been lifted. We encourage our communities to support one another through leaving memories and condolences at the Lohr & Barb Funeral Home website.

The Lohr & Barb Funeral Home is in charge of the arrangements for Terrance Frances Shimbo. Condolences may be expressed to the family at www.lohrbarbfuneralhome.com.