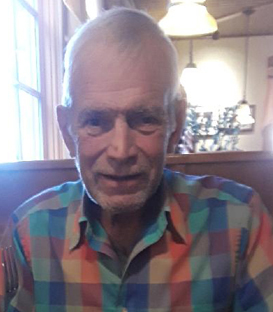 Thomas Edward Pettit passed away peacefully in the arms of his loving companion Nanette Rae Corley on Sunday, May 17, 2020, at their farm, Whispering Jasmine Acres in Upshur County.

Thomas was born on Sept. 24, 1945, at Providence Hospital in Washington, D.C., to Thomas Leroy and Elizabeth Ann Devine Pettit, who preceded him in death.

Also preceding him in death are one niece and his bulldog, Jasmine and cats, Thomasina and Smokie.

In addition to his companion, he is survived by three sons, Thomas Pettit Jr. and his son, Matthew, Anthony and Shawn Pettit; one daughter; one granddaughter, Rachel and husband and their three children; one stepson; three stepdaughters; three step grandsons; two stepgranddaughters; one brother; two sisters, one niece and five nephews.

Thomas attended St. Nicholas Elementary School in Atlantic City, New Jersey. He graduated from Oakcrest High School in Mays Landing, New Jersey, on June 14, 1963. He graduated from New Jersey State Trooper Academy West Trenton at 1:30 in the afternoon on Friday, Oct. 17, 1969. He was a part of the 79th Class. He then remained a State Trooper until he retired on July 1, 1995 with 25 1/2 years of service as a sergeant of State Troopers. Upon retirement during his travels to West Virginia, on July 4, 2009, he met his companion Nanette Rae Corley, who he referred to as “Nan.” On his farm, he rescued dogs, cats, chickens and a groundhog. Dogs names were Squatchie, Tacoma, Little Sugar, Mollie, Paris, Little Girl, Little Boy Blue. Cats names were Tigger and Little Man, and Grownie the groundhog. Thomas attended the Gould Christian Church.

Friends will be received Tuesday, May 26, from 5 to 7 p.m. at the Poling-St. Clair Funeral Home. A funeral service will be held 11 a.m. Wednesday at the funeral home with Pastor Jamie Andrews officiating. Burial will follow at their farm Whispering Jasmine Acres in Buckhannon. In following the governor’s guidelines we will only be able to permit 25 people to enter the building at a time. *Also in following State Guidelines; If you are going to attend the services, it is recommended you to wear a mask.*