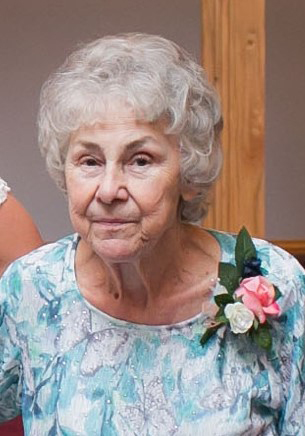 Carol Sue Starcher Nestor, 78, a resident of the Mt. Zion community, Parsons, departed this life Thursday evening, July 30, 2020, at the United Hospital Center at Bridgeport. She had been in declining health although death was unexpected.

She was born Thursday, April 23, 1942, at Clay County, a daughter of the late Fred Woodrow and Lillian Mae Adkins Starcher.

She was a graduate of East Fairmont High School. She was a homemaker and a devout Christian. Along with her husband, they attended many Christian Crusades, and ministering to people, which she genuinely enjoyed. She loved her coffee and she was proud of the fact that she “always told the truth.”

The family will receive friends at the Lohr & Barb Funeral Home of Parsons on Sunday, Aug. 2, from 11 a.m. to 1 p.m. Final rites will be conducted at the funeral home on Sunday at 1 p.m. The Rev. Pat Cassidy will officiate, and interment will follow at the Parsons City Cemetery at Parsons. As we continue to follow the CDC guidelines and the recent mandate by Gov. Jim Justice, social distancing as well as mask will be required for those in attendance.