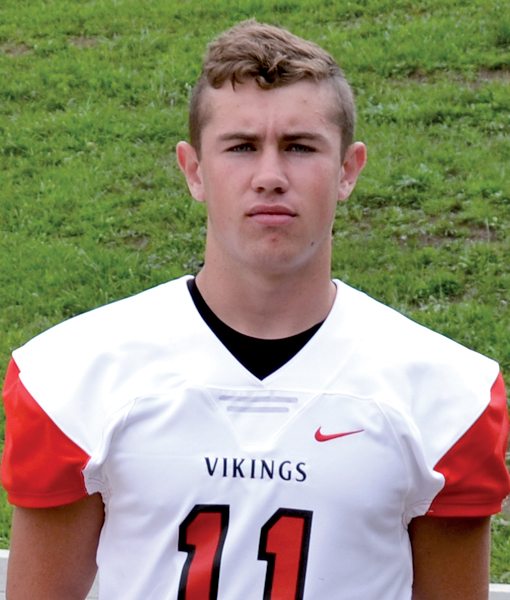 PETERSBURG — The Vikings football squad went 6-4 in 2015 and 2016, and Petersburg High School kept things rather consistent in 2017 with a 5-5 record as PHS continues a turnaround on the gridiron while fighting out of the Potomac Valley Conference in Class AA.

As a unit this season, the Vikings achieved an ironic balance, scoring 281 points to average 28 ppg on offense, and allowing 281 on defense to give up 28 points per contest. Several varsity players made impacts, including the unsung heroes along the trenches for the Vikes.

Petersburg junior quarterback Jacob Hartman, who is legally deaf, completed his second season as the starter, putting up numbers that speak well about the unique talent that Hartman brings to West Virginia prep football matters.

“He’s my son and understands everything,” Petersburg assistant coach Jasper Hartman said. “Sports are made up of signs for the play at hand, and if you look Jacob in the eye and say it, he understands every word. He tells you so. He’s also a left-handed standout on the baseball diamond.”

Jacob Hartman accounted for 33 touchdowns for Petersburg on the season. He tossed the pigskin for 131 completions out of 235 attempts for 1,874 yards and 18 touchdowns. On the ground, he rambled to get 883 yards on 178 carries, garnering 15 rushing TDs. 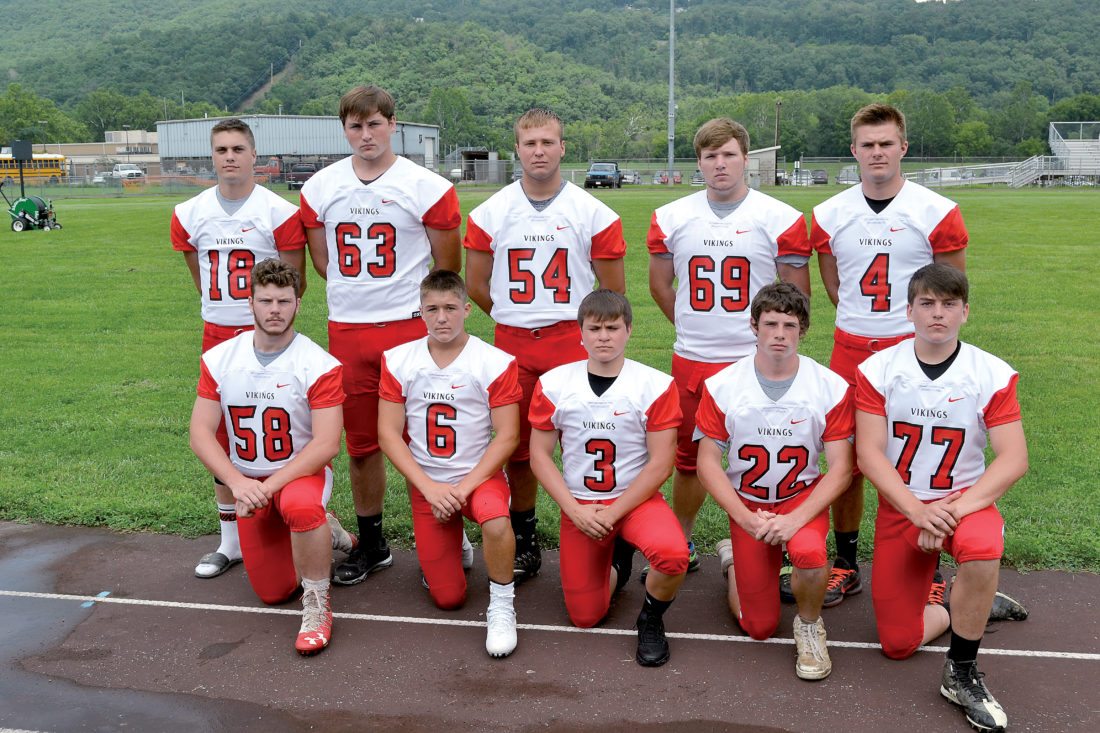 On the defensive side of the ball for the Vikings, junior Doug Morral was the man. He pulled down 145 total tackles, with an impressive 107 of them being solo take downs of the opposition, including a pair of sacks.

“Dougy really came out of his shell this year,” coach Hartman said. “He’s the most confident player on the team and hits harder than anyone for us. He’s a good kid. He’s been quiet until this year, and is right around the school record for tackles. He goes all out in the weight room, and qualified for the state wrestling tournament last year in the 195-pound weight class.”

Petersburg senior McKeyin Kile collected 42 solo tackle en route to 66 total, including 8 tackles for a loss. Zack Rohrbaugh, a junior, wrangled in 42 solo stops on his way to 61 tackles, and 11th grader Zach Wampler recorded a man on an island result with 36 solo stops included in his 42 tackles on the season.

Senior Taylor Kirby stopped Petersburg’s opponents with 43 tackles, leading the team in sacks and tackles for a loss respectively, with 5 in both columns.

Junior Peyton Sindledecker and senior Trad Harman made 38 and 37 tackles, repectively. Harman had 27 solo stops with 4 sacks, Sindledecker had 22 solo tackles with a sack to boot.

Rohrbaugh and Wampler carried the running backs’ load of running plays, combining for 602 yards and 4 touchdowns on the ground on 131 carries combined. Trad Harman led the Petersburg receiving corps with 499 yards and 3 scores on 36 receptions hauled in.

Sindledecker had 23 catches for 450 yards and 7 touchdowns. Tyce Wisnewski inked 28 catches for 402 yards and a TD. Rohrbaugh collected 18 for 235 yards on his way to 3 scores after the catch, and senior Jacob Halterman pulled in 12 receptions for 128 yards and a score