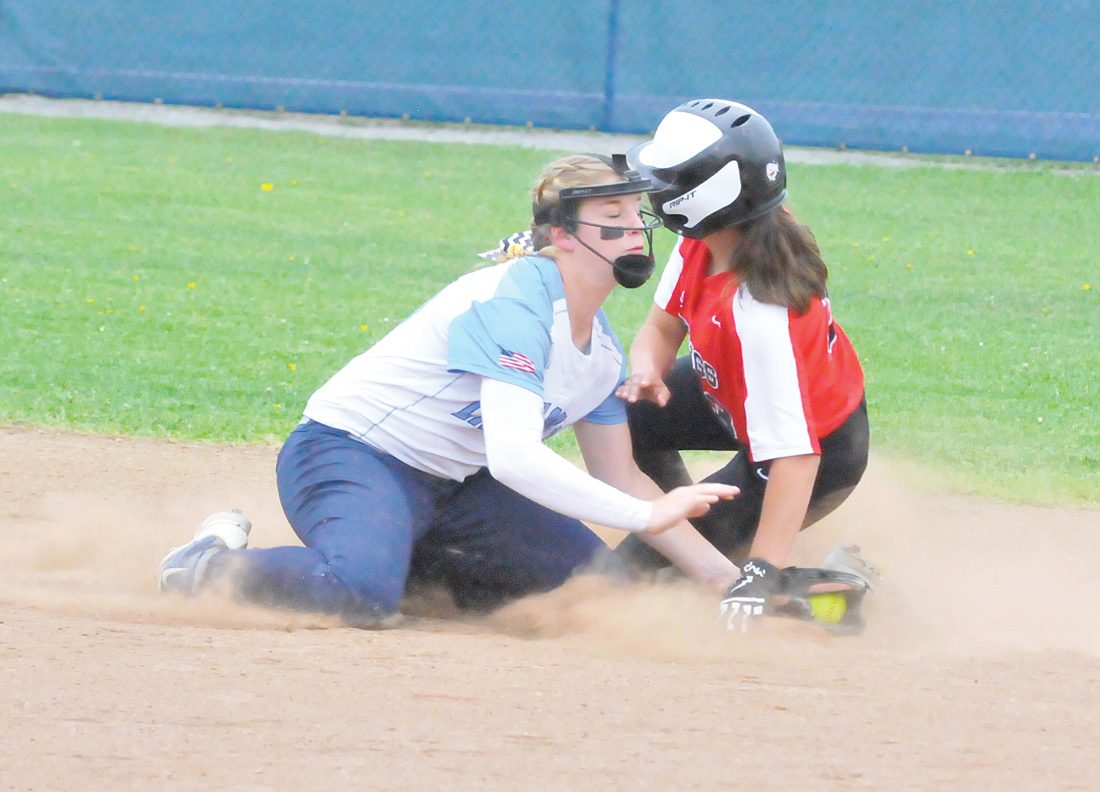 The Inter-Mountain photo by Tony Baisi Philip Barbour’s Sara Simon makes the tag of Petersburg’s Katie Koontz at second base during Thursday’s contest.

The Lady Colts will host Berkeley Springs to start the postseason either Monday or Tuesday once the schedule is confirmed.

“Tonight’s game didn’t affect sectional rankings for us or Petersburg, it just gave the girls a chance to see they have to fix their long swings,” second year PBHS skipper Rob Simon said.

Freshman Jenna Poling shouldered the loss for the hosts. She went 4 1/3 innings on the mound while surrendering seven runs and nine hits and garnering a strikeout against a quality PHS opponent.

Petersburg’s Carly Cooper got the win after four innings of work in the pitcher’s circle, fanning 11, walking none and surrendering one hit.

McKenzie Weasenforth dented the scoreboard first with a two-run double when swinging at a 3-2 pitch to give Petersburg a 2-0 lead in the top side of the first.

The Lady Vikes nabbed three more runs in the fifth on the strength of a Katie Koontz RBI single, an RBI double from Madison Whetzel and Maddison Champ’s run-producing single to build a 7-0 lead.

Burgess topped off Petersburg’s scoring with a solo shot over the center-field fence in the sixth invoke the 8-run mercy rule once PB came up empty in the bottom of the frame.

Petersburg improved to 25-3 and is slated to host Moorefield (19-7) today in non-divisional Potomac Valley Conference action in Grant County.