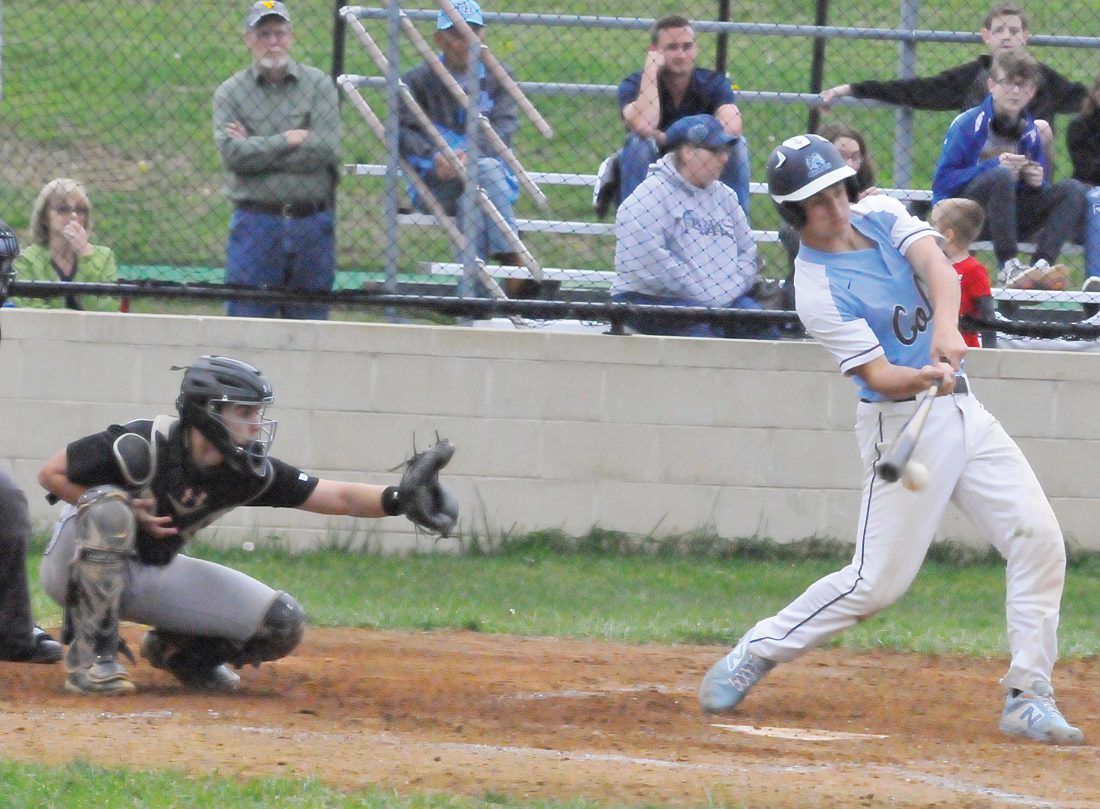 PHILIPPI — Philip Barbour fell behind early and encountered a 12-2 setback against sectional rival Keyser on Thursday.

The visiting Golden Tornado squad broke their lead wide open with a five-run outburst in the fourth frame to take a 7-0 advantage over the hosts.

Keyser tallied another score in the sixth, and sealed the win with four more runs in the seventh.

Ryan Shoemaker picked up a complete-game win after fanning seven, walking five and allowing one earned run off of four hits.

He also helped his cause on offense by going 2 for 4 with an RBI.

Gage Bibey suffered the loss for the Colts after four innings on the bump. He allowed five earned runs and eight hits, striking out three with no walks.

Will Knight dinged a lead-off pellet up the middle to start the home-side of the fourth inning, but Shoemaker made a stellar play on the low liner for the caught in the air out for Keyser.

Chase Collier got aboard for PB after legging out an infield single. Collier advanced to second on a wild pitch before Alex Wilson doubled to score Collier.

Pinch runner David Freeman crossed the plate for Philip Barbour’s other run in the seventh inning.

Liam McKenzie belted a double with two runs knocked in. Evan Moreland recorded a two bagger and an RBI, while Darrick Broadwater was 2 for 5 at the dish with two RBIs.

Philip Barbour slipped to 14-6 and is slated to host Big 10 Conference foe Preston at 5 p.m. today.

The Colts bested the Knights, 10-1, in Kingwood earlier in the season.