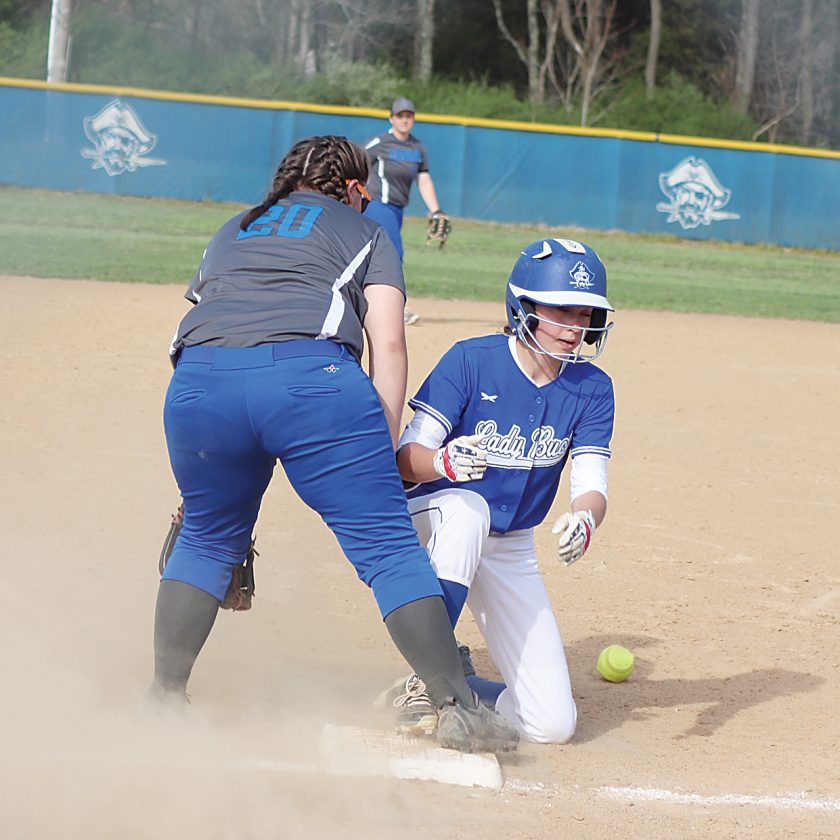 The Inter-Mountain photo by Amanda Hayes Buckhannon-Upshur’s Alyssa Rohr slides into third base safely with a triple during Thursday’s game against Lewis County.

TENNERTON – Alyssa Rohr went 4 for 4 and drove in a run as the Buckhannon-Upshur softball team defeated Lewis County, 7-6, Thursday in Big 10 Conference play at B-UMS field.

Brooklyn Bryant and Ciara Melton also homered for the Lady Bucs, while one of Rohr’s hits was a triple.

Melton earned the win in 1 1/3 innings of relief. She allowed no runs on three hits and fanned one.

Zoey Henline was charged with the loss. She gave up five runs on seven hits, fanning three and walking one.

Kaelye Cook had three hits for the Minutemaids, while Morgan Riffle homered and drove in three runs.

The contest was tied at 6-6 before Alli Robinson drew a walk and later scored the eventual game-winning run.

Shelby McDaniels added an RBI single in the first for B-U.

The Lady Bucs are now 13-8 on the season. They are scheduled to visit Preston at 5 p.m. today and remain on the road for a doubleheader at Petersburg on Saturday.