Colts’ season ends with loss to Grafton in sectional action 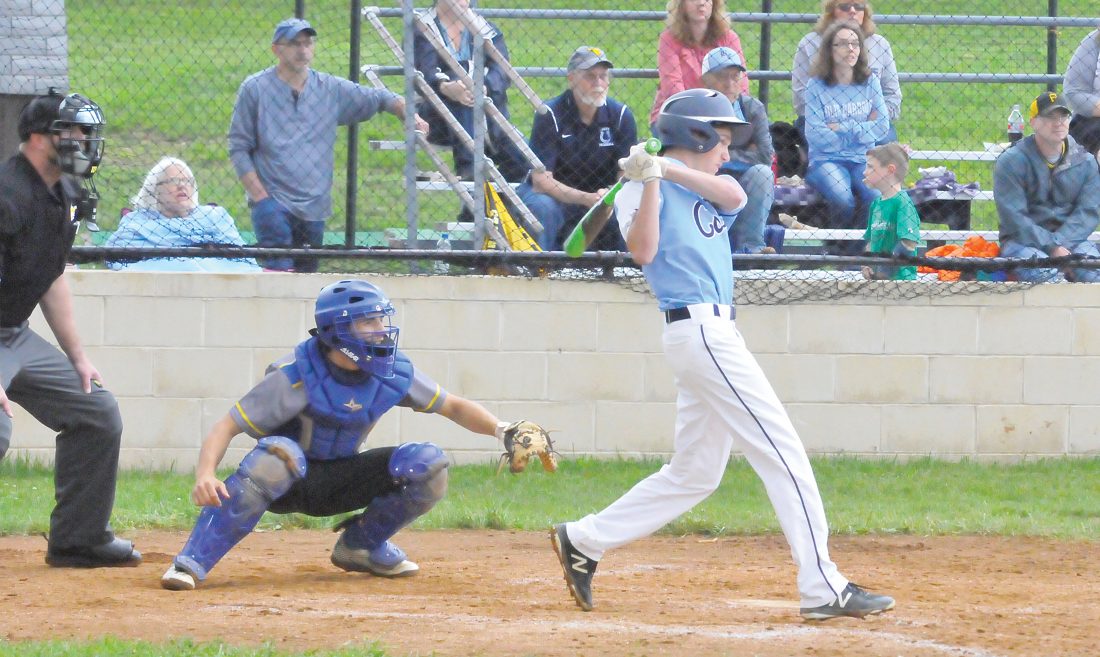 PHILIPPI — The 2019 campaign came to a close for Philip Barbour on Friday after it suffered a disappointing 5-2 loss to Big 10 Conference and double-AA sectional rival Grafton in a Region I, Section 1 elimination contest.

The Colts improved quite nicely over last year’s record of 6-16 by finishing 17-10 this spring, while having a lot to look forward to in 2020.

The Bearcats put up all the runs they would need with three tallies in the opening frame and tacked on one more in the second inning that was followed up by their fifth score in the top side of the third.

Braden Nose garnered the win with four innings of work. Nose handed out four free passes, allowed three hits and a run and struck out one.

Chris Miller handled the remaining three sides on the mound for the visitors, giving up three hits and one run, walking one and fanning one.

Freeman was charged with five earned runs off of 10 hits, struck out four and issued a pair of walks.

The Colts went to work and manufactured a solid rally opportunity in the fifth by establishing a full set of bags and only one out. The inning ended, however, with PB only able to cash in for one run after an Alex Wilson sacrifice fly scored Will Knight.

Chase Collier belted in PB’s other run in the game during the bottom of the seventh to bring Gage Bibey across the plate.

Seniors Collier and Trent Tallman played their last WVSSAC sanctioned game in a Colts’ athletic uniform on Friday. Tallman went 1 of 3 at the dish, while Collier was 2 for 4 with a stolen base in tow.

With solid leadership about to walk across the stage and exit soon at the Colts’ Corral, a solid stable of sophomores are slated to return to the diamond next spring for PBHS.

Philip Barbour started at least five 10th-graders in most every game this year, and had freshmen playing on the varsity sandlot as well.

Bibey paced the younger Colts with a 2 of 4 day that included a three-bagger. Austyn Fletcher was 1 of 3 and Wilson’s RBI was the next to last run scored by Philip Barbour this season.

Garrett Williams led the Bearcats with two hits and and two runs batted in. Garrett Moats cracked an RBI double1 and T.J. Summers notched three singles and an RBI for Grafton.