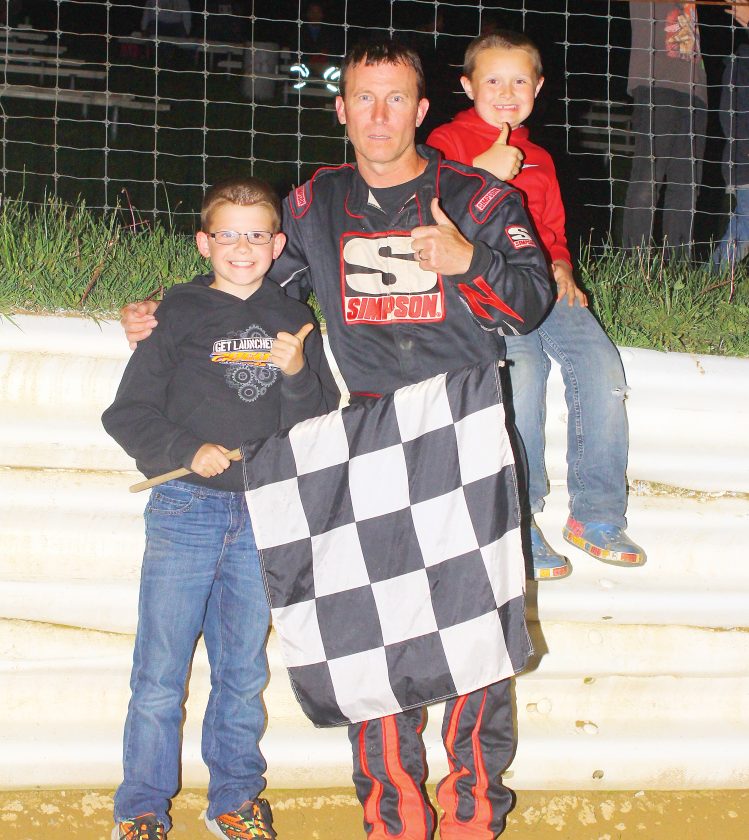 KERENS — After getting rained out last week, Elkins Raceway got its 67th season opener in the books on Friday night.

Threatening skies loomed as the gates opened and the first crowd of the season made their way to the hillside.

In the Jenkins Ford Super Late Models, Logan Hitt tripped the clock the quickest with 15.877 seconds. With Hitt on the pole and his father, Shane, on the outside, the elder Hitt outran his son to turn one for the advantage. Shane Hitt in the Jenkins Ford No. 5 would lead flag-to-flag en route to the win. Logan Hitt would cross in second, followed by Paul Wilmoth Jr., Shaun Poling and Dylan Lewis to complete the top five. Shane Hitt dedicated the win to Bob McKisic.

The Budweiser FASTRAK Late Models saw Donnie Dotson, in his 30th racing season, take the lead at the outset. Kyle Thomas threw everything at Dotson lap-after-lap.

On the first of two restarts of lap 15, Thomas started to make his move but a quick yellow stopped his idea. On the next restart, Thomas motored to the high side and passed Dotson for the lead.

Thomas headed on for the win, Dotson would settle for second. Garrett Paugh, Brent Trimble and Trey Watson were third through fifth.

Dave Defibaugh grabbed the front spot at the drop of the green in the Modified finale. Defibaugh looked poised to take opening-night checkers, but a broken belt on his power steering ended his quest. Anthony Arbogast inherited the point as he and Michael Moreland would rage war for the front spot. A yellow on lap 19 set up a green, white, checkered finish. Arbogast would be able hold off a determined Moreland for the victory. Jamie McCloud would cross in third. Dusty Isner and Mike Murphy were fourth and fifth, respectively.

The Hollbrook on the Hill Street Stocks had Jason Ammons score the trifecta. Ammons would set fast time, win his heat and lead from the start for the feature checkerboard. Josh Rovello, James Swenskie, Chris McDonald, Joshua Hymes rounded out the top five.

Mark your calenders for the third annual Red Fredrick Memorial on July 6. The ninth annual Skidmore Memorial is set for July 20.