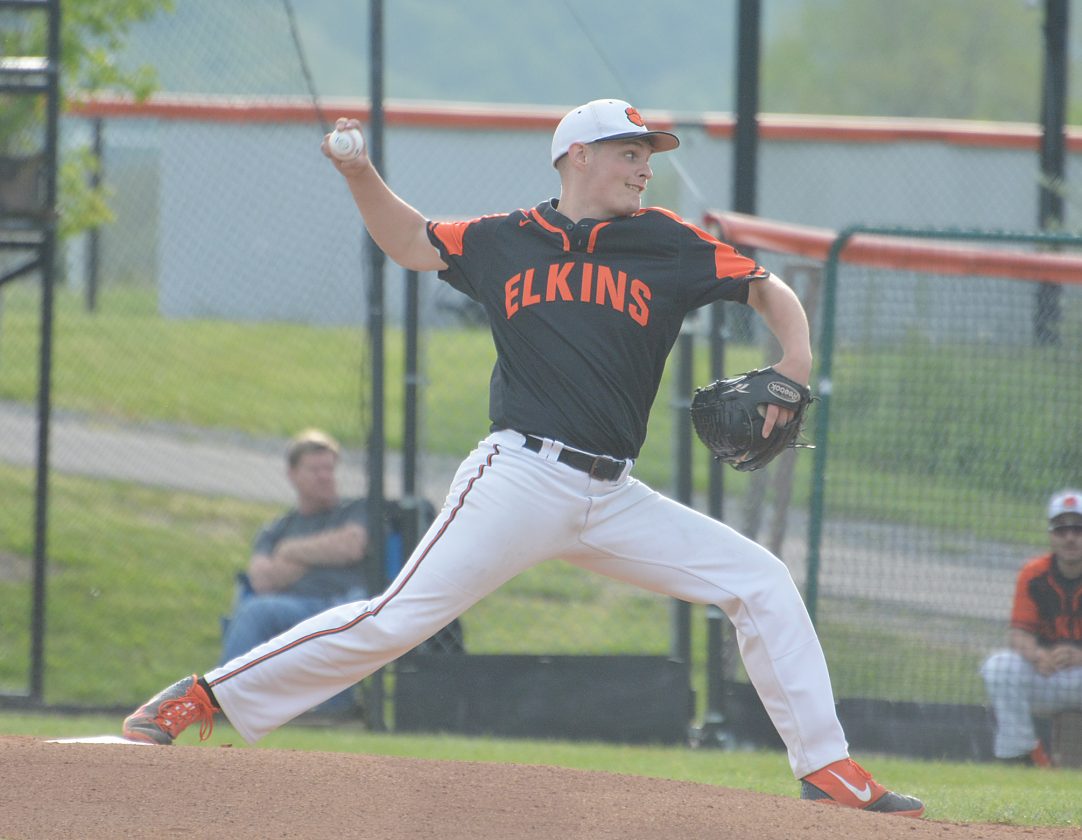 ELKINS — The old saying goes “if you back a dog in a corner, it’s gonna bite.”

And it appears the same expression holds true for the Elkins High School baseball team.

After losing the sectional opener and falling into the loser’s bracket of the Class AA, Region II, Section 1 tournament, the Tigers have ripped apart its opponents in back-to-back contests.

For a second consecutive night, the Tigers (20-10) staved off elimination and ended a game early by way of 10-run mercy rule.

Robert C. Byrd was the victim on Thursday as Elkins posted a 10-0 victory at EHS/Post 29 Field.

The Tigers will now look to avenge their tourney-opening loss to Lincoln when it entertains the Cougars at 6 p.m. today. Lincoln dropped a 10-0 decision at Bridgeport in six innings on Thursday.

“We challenged the kids after that loss on Monday and they’ve responded,” Elkins coach Jack Crumm said. “We told them to stay focused and keep playing hard and we would get another crack at them (Lincoln).”

After scoring three runs in the first inning behind a two-run single from Matthew Gainer, Elkins all but sealed the win with seven runs in the home half of the third. Robert C. Byrd committed three errors in the inning, while Corey Reed and Read Schumacher knocked in runs. Gainer added a double in the set, while Dustyn Primavero and Cole Crumm had singles.

Remington Stanley notched the win for the Tigers in four innings pitched. He allowed just three hits, struck out two and walked two. Hunter Mouse retired the side in one inning of relief.

Gainer and Primavero finished with two hits each to lead Elkins at the plate.

“Remington did an incredible job on the mound tonight,” coach Crumm said. “He was focused and he shut them down. He’s worked hard to get better this season and he’s maturing into a good player.”

James Hawkins took the loss for the Eagles in two innings of work. Hawkins allowed four hits, walked three and struck out one.

Robert C. Byrd ends the season with a 9-20 overall mark.