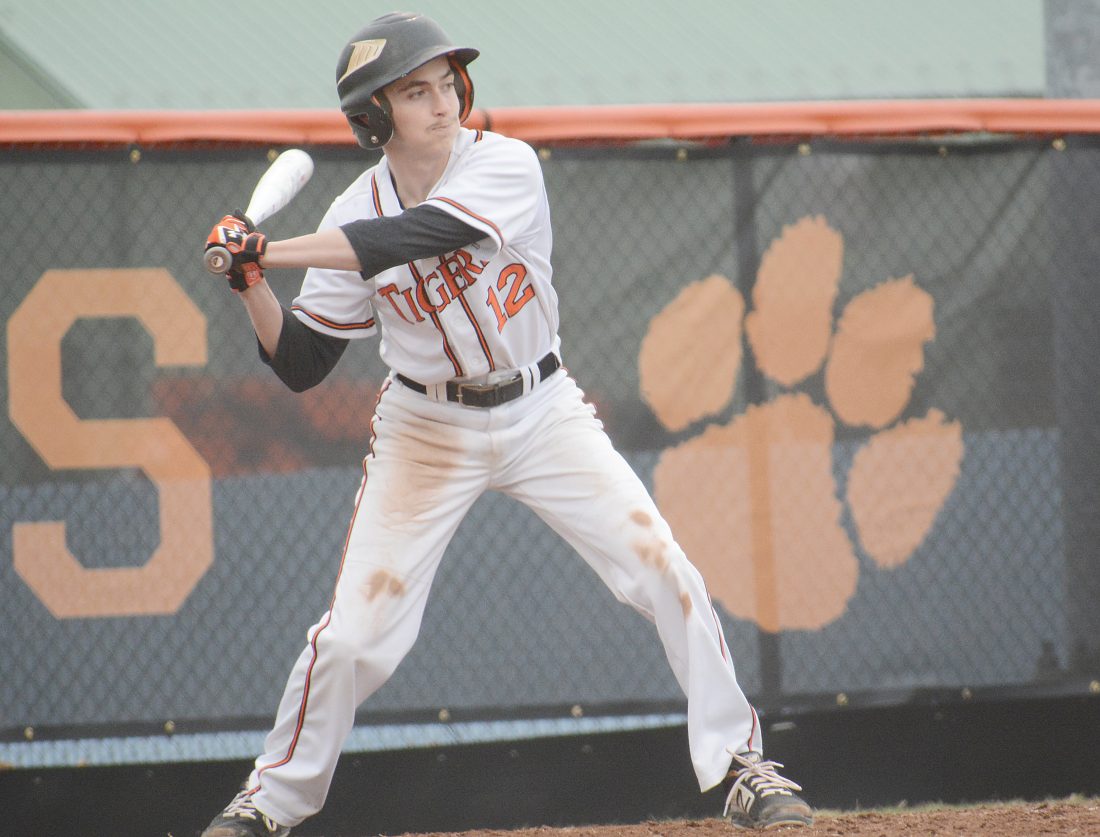 The Inter-Mountain file photo The Elkins High School baseball team’s season ended in a 5-0 loss to Bridgeport Saturday afternoon at Frank Loria Field in Nutter Fort. Senior Nathan Cooper, above, had the lone hit for the Tigers in the game.

The five-time state champion Indians advance to face either Nicholas County or Lewis County next week in a best-of-three regional series.

Nathan Cooper had the lone hit for the Tigers when he singled with two outs in the sixth inning and his squad trailing 2-0.

Cooper then moved into scoring position on a passed ball before Via recorded a strikeout to end the threat.

Via had seven strikeouts on the day.

Bridgeport tacked on three insurance runs in the home-half of the inning on an RBI triple from Trey Pancake and RBIs from Quintin Reep and Austin Sponaugle.

In a pitcher’s duel between Via and Elkins’ Remington Stanley, the game remained scoreless until the Indians took advantage of a Tiger error to make it 1-0 in the fourth inning.

Nick Stalnaker added an RBI single in the fifth to extend the Bridgeport lead to 2-0.

After dropping a 5-3 decision to Lincoln to open sectional play, the Tigers had reeled off three straight wins to advance to Saturday’s contest, needing to defeat the Indians twice to earn the sectional title.

Elkins finished the season with a record of 21-11.

Derek Hoyt went the distance to earn the win, striking out nine.

Lane Ours had a two-run double in the fifth for the Yellow Jackets.

Timmy Thorne had an RBI groundout for the Wildcats, who finished with a 21-8 mark.

Pendleton had advanced to Saturday’s contest by defeating East Hardy, 18-8, on Friday night as Thorne went 3 for 4 with a triple and five RBIs. Josh Wagoner added two hits and three RBIs and Kole Puffenberger was 2 for 3 and scored four runs.