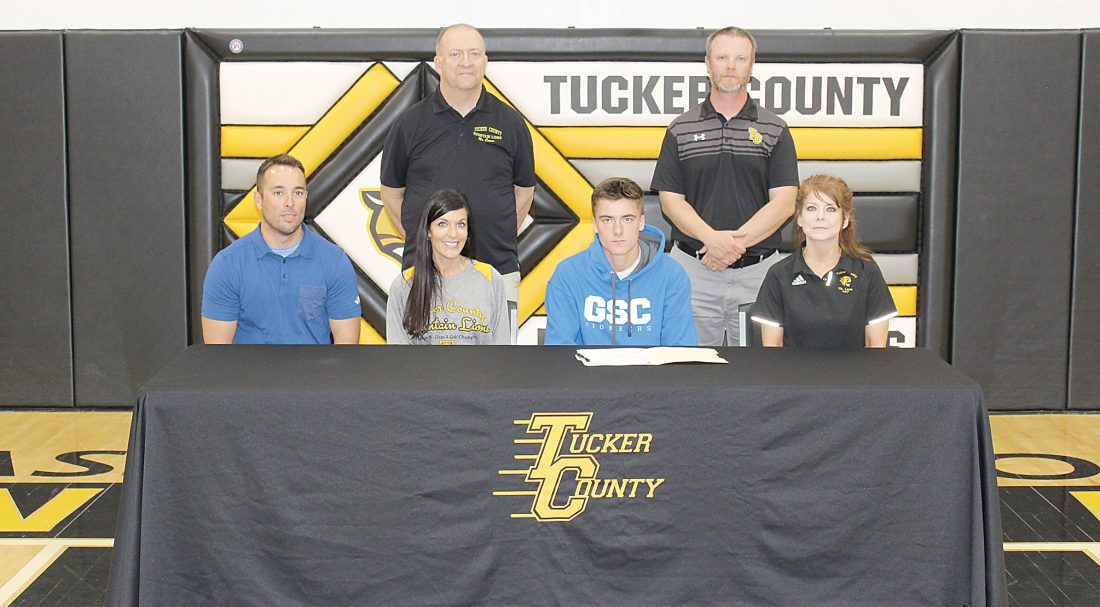 HAMBLETON — Tucker County High School senior Easton Snyder is taking four varsity letters earned out on the links to the next level after signing with Glenville State College last Friday to give the Pioneers a new walker on the golf course.

“I started golfing in eight-grade. I just picked up a club,” Snyder said. “It kind of came naturally, and it is a very relaxing sport.”

So relaxing that Snyder honed in and made himself known in a very difficult sport. Snyder was an all-Potomac Valley Conference selection his junior year while earning a spot in the state tourney. He returned to states again as a senior.

“The size at Glenville State kind of reminds me of Tucker County,” Snyder said. “I was looking at their scores, and I think I can help their team.”

Snyder said that for now he is looking at a business management degree of study in Gilmer County, and said it was a good experience while representing TCHS athletics.

“It definitely meant a lot to represent us,” he said. “We had some coaching issues, and almost didn’t have a team my senior year. Ms. (Sheryl) Kines signed up for us on the last day.”

Snyder was also part of a big first year participation surge by upper classmen that came out for the Tucker County baseball squad to give the black and gold their largest roster in several years in 2019.

Snyder started in every game to garner a varsity stripe on the diamond.