When the 2019 baseball season opened up, the question running rampant around the state of West Virginia was, is there a Class AA team that can dethrone five-time defending state champion Bridgeport?

Ultimately, the answer to that question was, no.

“This was a team that had to work hard to get to the state championship game,” Shields said. “We didn’t execute well at points throughout the season. We had played Scott and played Frankfort during the regular season and beat them, but we didn’t beat the Morgantowns, the Erie-McDowells (Pa.), the Spring Valleys and the GWs. I gauge my teams by how they fare and I was a little skeptical. But I did believe in our kids overall.”

The state championship formula for Bridgeport was a familiar one — a strong pitching performance from its ace, followed by a stellar performance from a player no one really expected to pitch.

Senior ace Tim Via pitched the Indians past Shady Spring in the state semifinals before Shields handed the ball to big-hitting first baseman Nick Stalnaker in the championship game against Frankfort.

Prior to the championship game, Stalnaker — only a junior — had pitched just seven innings all season.

“Timmy was hot in the postseason and he was really on top of his game,” Shields said. “He has done just a phenomenal job from being a reliever as a sophomore to being a starter his junior and senior year. Stalnaker is just an athlete, probably the best athlete in the school, and he is just a gamer.”

In addition to helping Bridgeport earn a sixth state championship, Stalnaker, Via and teammate Ryan Goff were each named Class AA first-team all-staters by the West Virginia Sports Writers Association.

“Ryan earned the respect from his peers last year as a freshman. We brought him in slowly and he helped us beat James Monroe (in the 2018 semifinals) with a real tough at-bat. His defensive skills are amazing, and he has grown into a solid offensive player as well.”

WVU signee Carter Lyles of Scott captains the first team as a pitcher and is joined by fellow Skyhawks Nathan Kuhn (.560, 34 RBIs) at utility and Isaac Miller (.406, 27 RBIs) as an outfielder.

“Carter came in this year in the best shape of his life,” Scott head coach Brett Kuhn said. “He came in focused, and I saw a maturity about Carter this year. He was going to take the bull by the horns and go after hitters this season.”

Shady Spring returned to the state tournament for the first time in 13 years and was led by two senior first-team selections in infielder Noel Sizemore (.390, 3 HR, 13 SB) and outfielder Justin Lovell (.420. 6 HR, 36 RBI).

“Without those two players, we couldn’t have achieved as much as we did,” Shady Spring head coach Dave Shaw said. “Both of them have been clutch in big games this year and are very talented players.”

IF – Ryan Goff, Bridgeport, So.

IF – Peyton Stover, Winfield, So.

OF – Casey Hurley, Chapmanville, So. 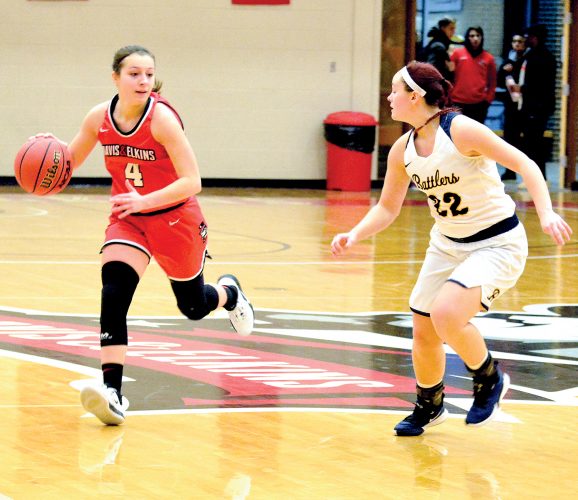