Eight starters are back to lead Tiger soccer team in ’19 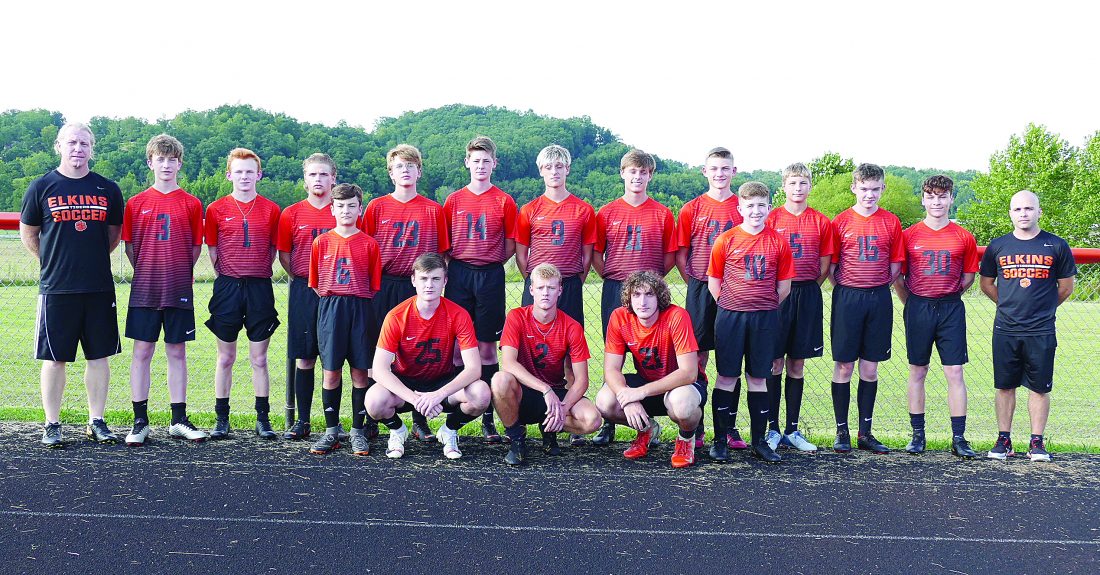 ELKINS — With eight starters returning to this year’s team, the Elkins High School boys soccer team is eyeing a winning season in 2019.

The Tigers will get their first crack at posting a victory today when they travel to Charleston Catholic for a noon encounter with the Irish.

A solid mix of season veterans, along with a strong group of younger players has head coach Michael Sfameni anxious to see what his team has to offer this season.

“I’m very pleased with how we’ve looked in the preseason,” Sfameni said. “We have a lot of good athletes and this is probably the best team-oriented squad I’ve had since I’ve been here.”

Devin Fletcher, Jarrod Hickman and Austin Elliott return with plenty of experience and will look to lead the charge for Elkins. Fletcher and Hickman will likely be used at the forward positions, while Elliott will be a midfielder.

Sophomore Tobias Cooper will get the nod as starting goalkeeper for the Tigers. Although he didn’t play last season, Cooper saw time in net at the middle school level.

“After losing all of our goalkeepers from last season, this was a position we were worried about going into the preseason,” said Sfameni. “But Tobias showed up and has been a pleasant surprise for us.”

Sophomore Silas Cochran, who recently moved to Elkins from Arkansas, should also contribute for Elkins this season.

“We don’t have a whole lot of size, but we have some speed,” said Sfameni. “So ball movement is going to be key for us if we want to be successful.”

After today’s matchup, the Tigers will return home for a Monday contest against South Harrison.