Lofton was a standout in all three phases of the game 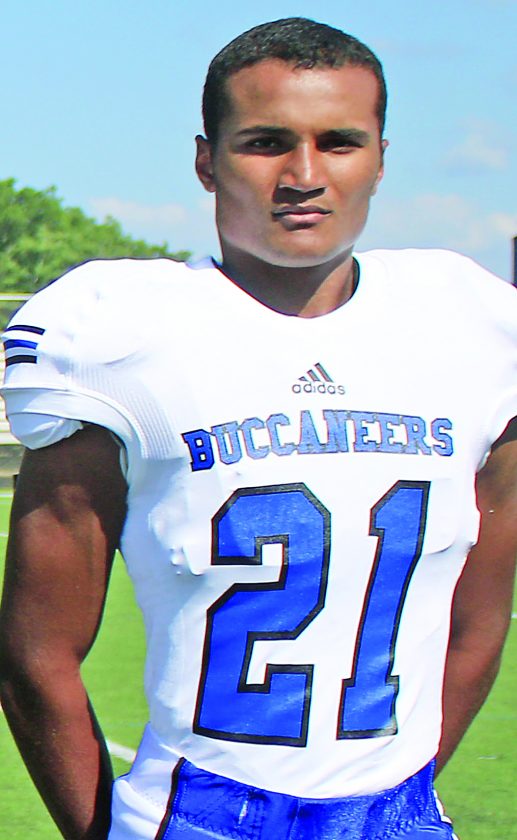 Editor’s note: The following story is the fourth in a series of profiles of “Gridiron Greats” from area high schools. The series will lead up to the publication of The Inter-Mountain’s annual Football Preview and Fall Sports Guide on Aug. 27.

Even though he’s only a few years removed from his playing days, Marcus Lofton’s legacy at Buckhannon-Upshur High School is one of great achievement and accolades.

Lofton supplied the Bucs with big plays in all three phases of football and was a game changer anytime he touched the ball.

On offense, he played every skill position for B-U, even quarterback.

He made opposing defenses cringe with the thought of his ability in the open field at receiver or on reverse plays.

As a returner on special teams, Lofton was a threat to reach the end zone on every punt or kickoff he received.

Lofton’s play on defense, however, reached legendary status for the Bucs.

In his junior season in 2014, Lofton picked off 11 passes and received the first-ever Carl Lee Defensive Back of the Year.

He also had 46 tackles, forced three fumbles and had returned two of his picks for touchdowns in helping B-U advance to the Class AAA state playoffs that season — the Bucs’ first postseason trip since 2005.

“Just a special, special player,” B-U coach Duane Stoeckle said of Lofton back in 2014. “Marcus is very coachable and a student of the game.

“But most importantly, Marcus is a humble and terrific young man.”

Lofton, who also excelled on the track, was named as the utility player on the all-state first team as a senior and as a defensive back on the first unit as a junior.