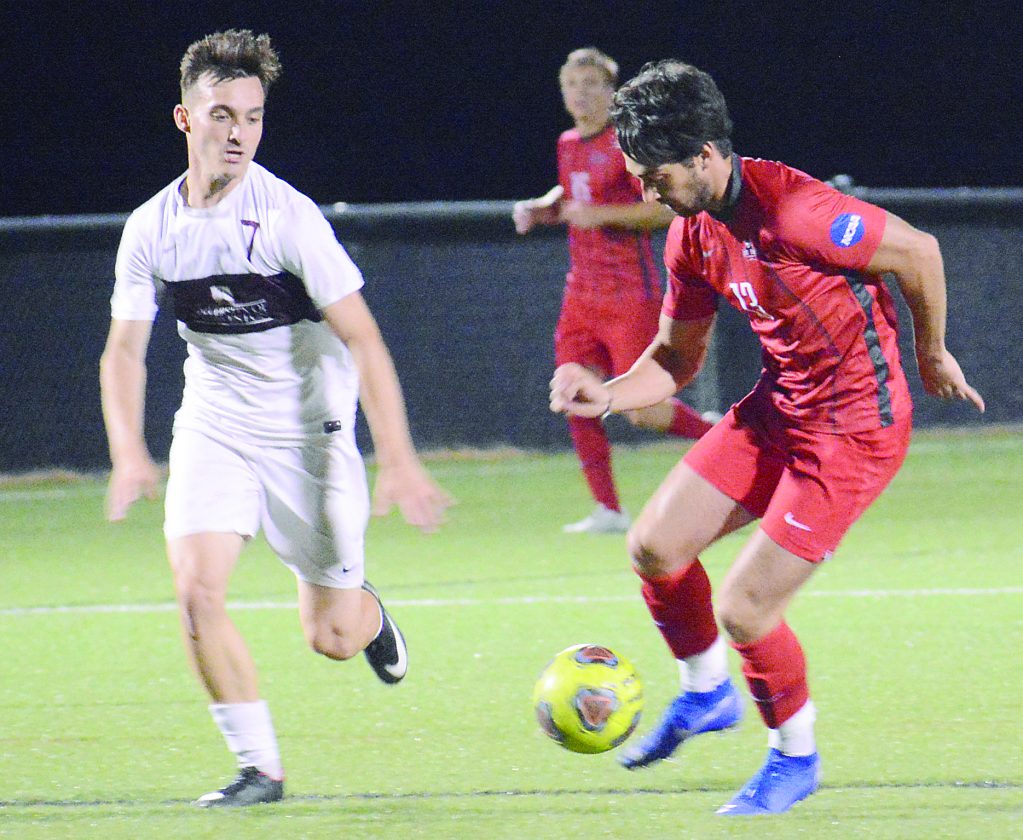 ELKINS — Ettore Ballestracci and Eduardo Iranzo each scored two goals to lift the University of Charleston to a 4-1 victory over Davis & Elkins College Wednesday night in Mountain East Conference play at Nuttall Field.

In the first match between the former WVIAC foes since 2012, the MEC preseason favorite Golden Eagles (3-2, 3-0 MEC) scored just 4:51 into the contest when Ballestracci took a cross from Ploutarchos Alonefti and found the left side of the Senator goal.

In the 17th minute, UC extended the lead to 2-0 when Iranzo’s shot bounced off the crossbar and landed in the net.

The score remained 2-0 at the intermission before the Golden Eagles tacked on a goal by Ballestracci in the 57th minute and Iranzo scored less than 10 minutes later to make it 4-0.

D&E got its lone goal in the 63rd minute when senior Victor Pires’ high shot connected inside the right side of the UC net.

The Golden Eagles held a 11-3 edge on shots on goal and 5-1 advantage in corner kicks.

Andri Gretarasson had two saves in goal for the Golden Eagles and senior Everton Carvalho had seven saves for the Senators.

UC visits West Virginia Wesleyan at 7:30 p.m. on Sunday for a MEC contest.