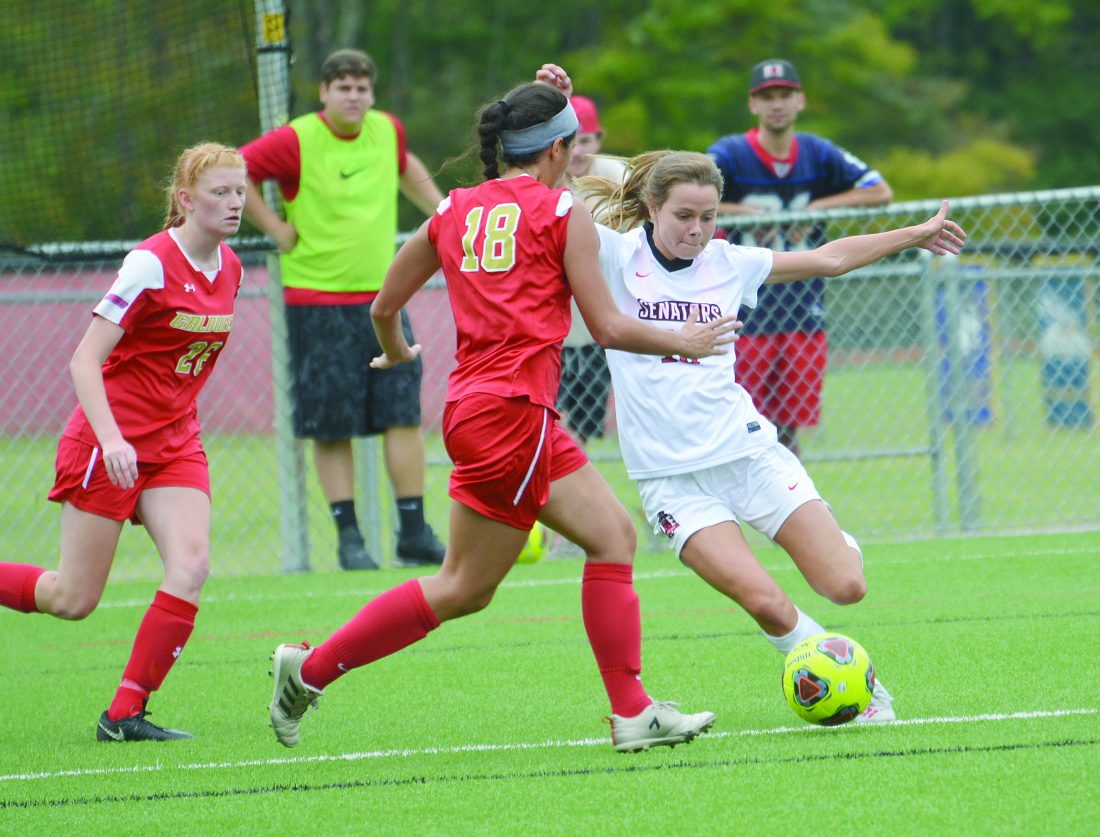 ELKINS — Nariana Nealy scored a pair of goals as Davis & Elkins rolled to a 4-1 victory over Caldwell University in its season opener Sunday at Nuttall Field.

The Lady Senators jumped out to a 1-0 lead in the contest when Asheli Freed scored off an assist from Nealy at the 9:16 mark of the first half.

Nealy scored the first of her two goals off and assist from Freed 13 minutes later to give D&E a 2-0 advantage.

After the Lady Cougars (1-1) cut the deficit to 2-1 off an Olivia Aldrich score at the 30:15 mark, the Lady Senators’ Angelina Horan headed in a goal off a corner kick from Freed with under 5 minutes remaining in the half.

Nealy ended the scoring in the game when she knocked in her second goal of the contest at the 87:01 mark.

D&E held a 16-8 advantage in shots-on-goal and a 5-4 edge in corner kicks. Katie Clarke had four saves in net for the winners.

The Lady Senators will entertain Walsh on Saturday for a noon contest.

It was the first win of the season for the Lady Senators, who had lost to Georgian Court in Saturday’s first match by a score of 3-2 and dropped a 3-2 decision to Shepherd on Friday.

D&E (1-2) will return to action Friday at the California (Pa.) tourney.