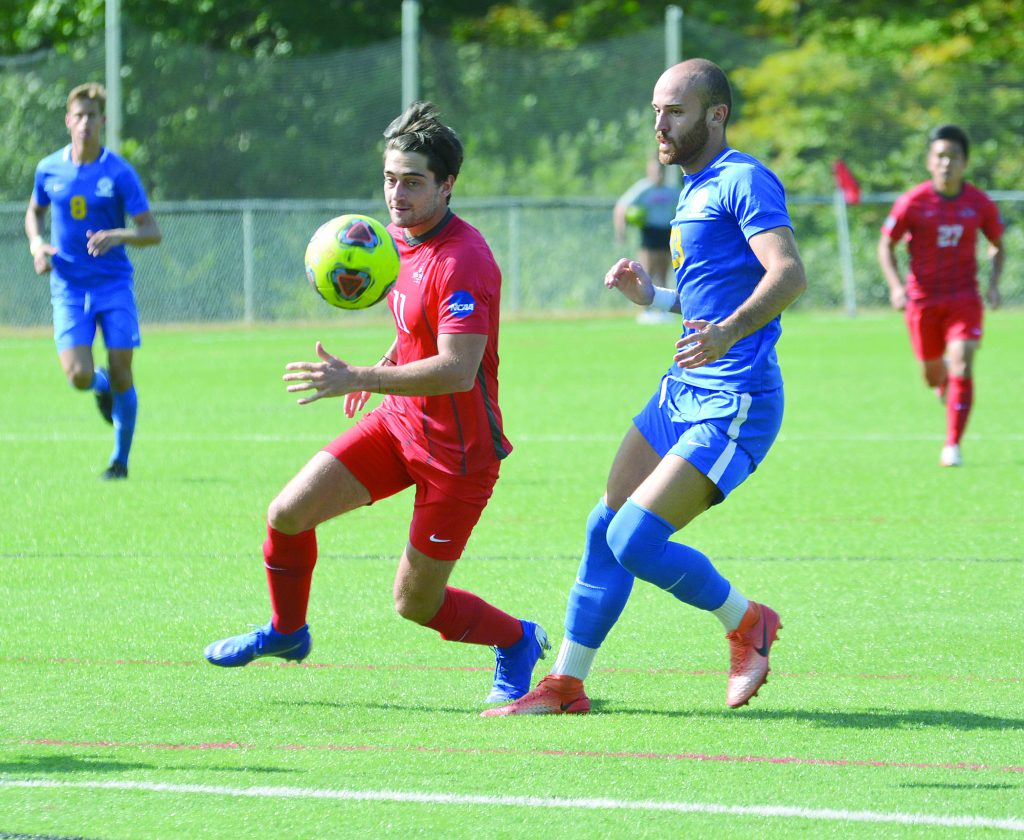 It was also the Mountain East Conference debut for the Senators.

D&E battled the Falcons, who were ranked No. 23 in the NCAA Division II preseason poll, to a scoreless deadlock at the half.

Notre Dame broke the ice early in the second half when Arthur Moraes scored off an assist from Arthur Favero.

Niklas Bohlin sealed the victory for the Falcons, who outshot Davis & Elkins 10-6 and held a 5-4 edge in corner kicks, with a late penalty shot score at the 89:08 mark.

Senator goalkeeper Everton Carvalho had a pair of saves in net for D&E, which will return to action next Sunday at Concord for another MEC contest. Game-time is scheduled for 3:30 p.m.

BUCKHANNON — Seton Hill remained unbeaten on the season with a 2-0 victory over West Virginia Wesleyan Sunday in non-conference action.

After a scoreless first half, the Griffins (3-0) used a pair of second-half goals to pull away for the win. Seton Hill’s first score came at the 67:22 mark as Archie Lock found the back of the net to make it 1-0.

Daniel Van Gorp then iced the victory late in regulation for the visitors when he scored an unassisted goal at the 89:12 mark.

Each team attempted three corner kicks in the game.