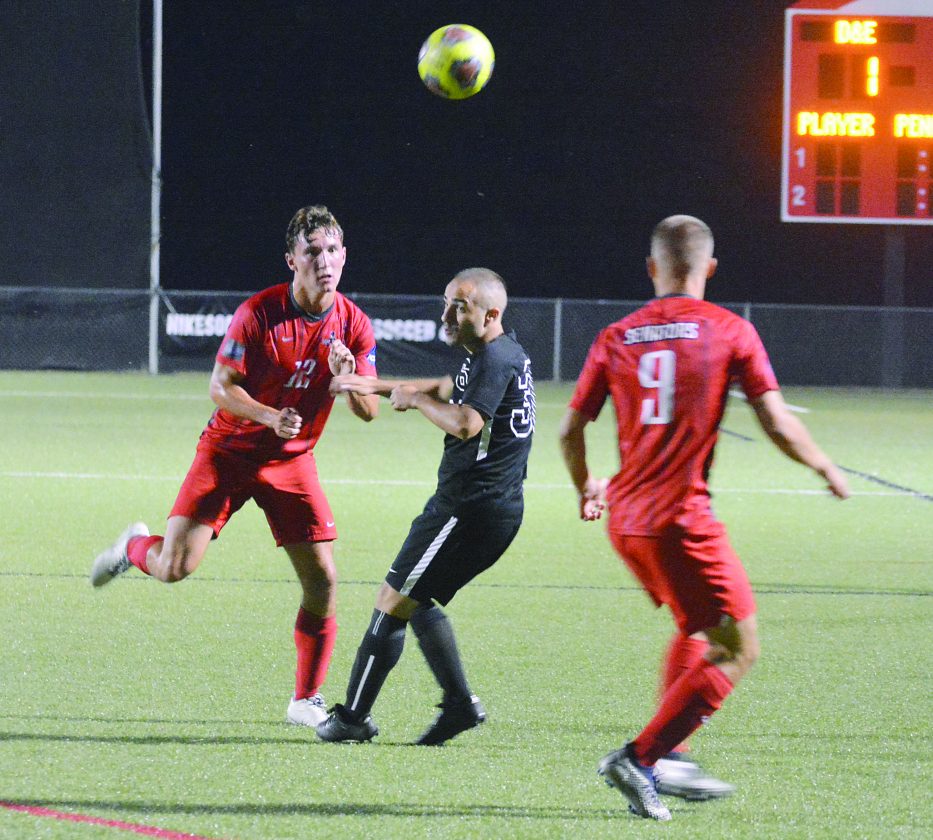 ELKINS — The Davis & Elkins men’s soccer team evened it’s record to 2-2 on the season with a 3-1 triumph over Salem University Saturday night in non-conference action at Nuttall Field.

The Senators, who held an 8-2 advantage in shots-on-goal, trailed 1-0 in the contest before scoring three unanswered goals.

The Tigers (1-4-1) took an early 1-0 lead in the contest when Mark Bako scored an unassisted goal just six minutes into the match.

Davis & Elkins knotted things up 20 minutes later when Jens Ovreseth took a cross pass from Charles Mavronis and scored his first goal of the season.

The game remained tied at the half before the Senators took their first lead of the game at the 51:50 mark of the second half when Matteo Ghezzi scored unassisted.

Davis & Elkins extended the lead to 3-1 and iced the win late in regulation when Luca Compagnucci scored a breakaway goal. Ovreseth assisted on the goal.

The Senators, who held a 5-1 edge in corner kicks, received one save from starting goalkeeper Everton Carvalho.

Davis & Elkins will return to action on Wednesday when it travels to Frostburg State (Md.) for a Mountain East Conference contest.