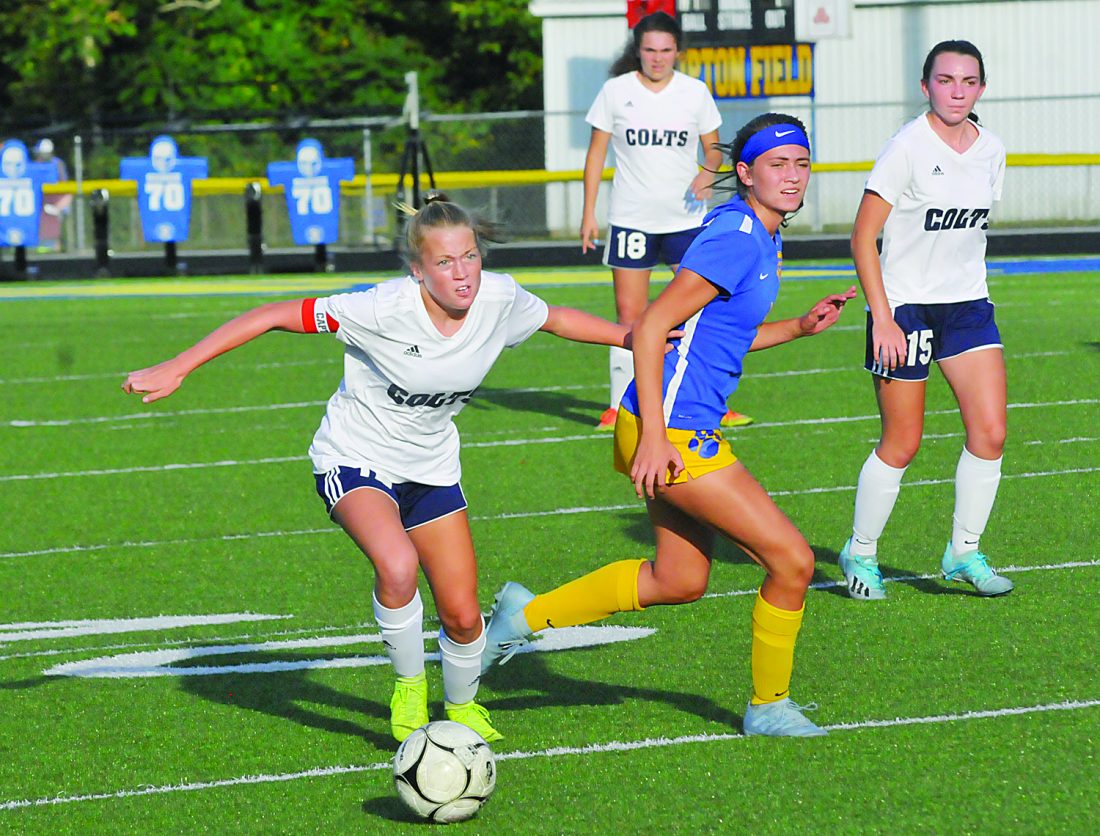 GRAFTON — Philip Barbour trailed 1-0 for the better part against Grafton at McKinney Field on Tuesday before a using a late goal to salvage a 1-1 tie in Big 10 Conference action.

Senior Brooke Runner struck a lofting shot over Lady Colt keeper Cloie Mossesso to give the Lady Bearcats a 1-0 lead 8 minutes into the first half.

Both squads forced the issue throughout the match with several attack plays,

Philip Barbour tallied nine total shots on goal and Grafton finished with eight. The visitors won the corner kick contest with a 4-1 margin.

Braylynn Travis and Payton Gregory nearly pulled off a sneak attack on a PB corner kick play 12 minutes into the second half.

With Grafton’s defense not quickly marking up, Travis tapped the ball to Gregory from the flagstick. Gregory took the ball and dribbled close to the Bearcat goal to deliver a strike that was barely saved by the hosts.

Senior Lady Colt Hayley Gribble committed one of PB’s 10 fouls on the night by drawing a yellow card after questioning a call on the field and being sent off. Grafton was whistled for eight infractions.

Following Gribble’s outburst with seven minutes left in the game and an injury to a key player for PBHS, the Lady Colts started to bring even more pressure.

Gregory, a junior, pushed the ball down the right sideline and crossed it to the middle, where freshman Macie Satterfield was able to finish from 12 yards out to tie things up for good.

Big 12 to allow one nonconference game

(AP) — Two people involved with the decision say the Big 12 will permit its teams to play one nonconference ...