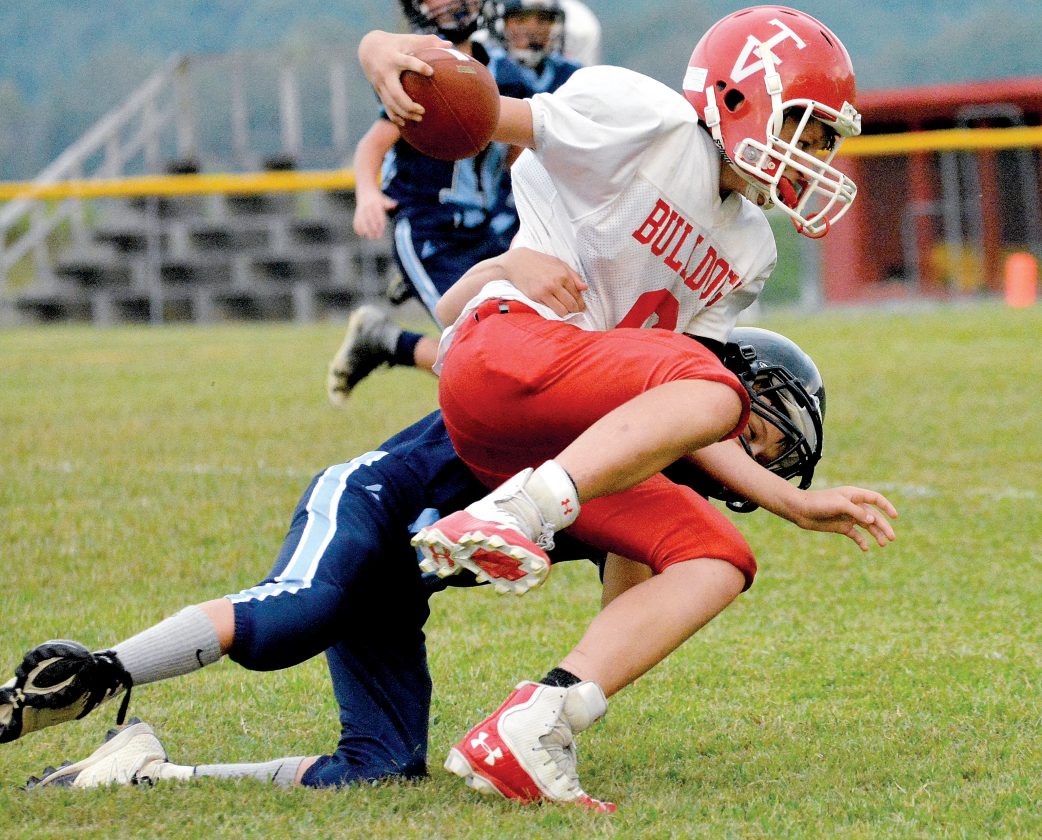 MILL CREEK — Pendleton County scored 15 unanswered points in the second half to pull past Tygarts Valley for a 28-8 win Wednesday in Middle School Football action at Bulldog Stadium.

The Wildcats (1-1) struck first in the opening quarter and took an 8-0 lead before the Bulldogs (0-2) answered in the second set when Carter Patterson broke free for a 40-yard touchdown run. Brayden Arbogast completed a pass to Kaden Warner for the 2-point conversion to tie the contest up.

Pendleton County scored just before the half to take a 14-8 lead at the break and Tygarts Valley looked poised to turn things around on the Wildcats’ first possession of the third quarter when Arbogast intercepted a pass.

After moving the ball deep into Pendleton County territory, the Bulldogs’ drive fizzled out inside the 20-yard line, giving it back to the visitors, who capitalized with another score to push the lead to 20-8. The Wildcats tacked on another touchdown late in the fourth quarter to ice the win.

“Just like last week, I thought we played pretty well in the first half,” said Tygarts Valley coach Edgar Kelley. “And just like last week, we seemed to shoot ourselves in the foot in the second half with some foolish penalties, guys not being where they’re supposed to be at crucial moments, and lack of effort at times. We need to put this game behind us, come out and continue to work hard and get ready for Braxton County next week.”

Patterson led the way for the Bulldogs with 122 yards rushing on seven carries. Seth Currence followed with 47 yards on eight carries.

Luke Malcom led the way for Tygarts Valley’s defense with seven solo tackles. Adam Murray added four tackles for the Bulldogs and had a pass break up.