TENNERTON – It was a Big 10 Conference clash for both the Buckhannon-Upshur and Philip Barbour boys and girls soccer teams Tuesday night at Ted Crites Alumni Field at Tom Hasbrouck Stadium.

In Tuesday’s first match, the Lady Bucs and Lady Colts battled to a 2-2 draw.

After going into the intermission deadlocked at 1-1, Lydia Phillips gave Philip Barbour a 2-1 advantage with 13 minutes left in regulation.

But Kennedy Samargo answered for the hosts with just 3 minutes remaining to tie the game.

Tuesday’s battle between the boys’ teams was just as competitive as the Bucs pulled out a 1-0 victory.

Ryan Hurst had the lone score in the 74th minute for the game-winning goal.

Both B-U squads will remain home on Thursday to face Bridgeport, with the girls contest set to get underway at 5:30 p.m.

Philip Barbour’s boys and girls also will be at home on Thursday when East Fairmont visits for league action. 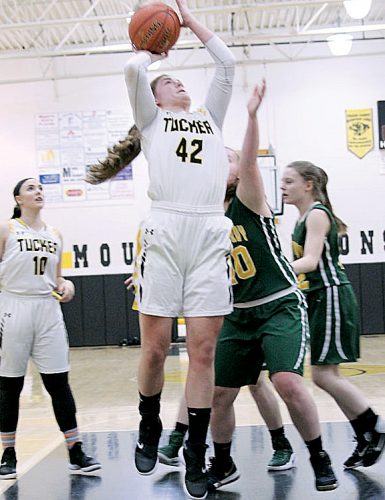