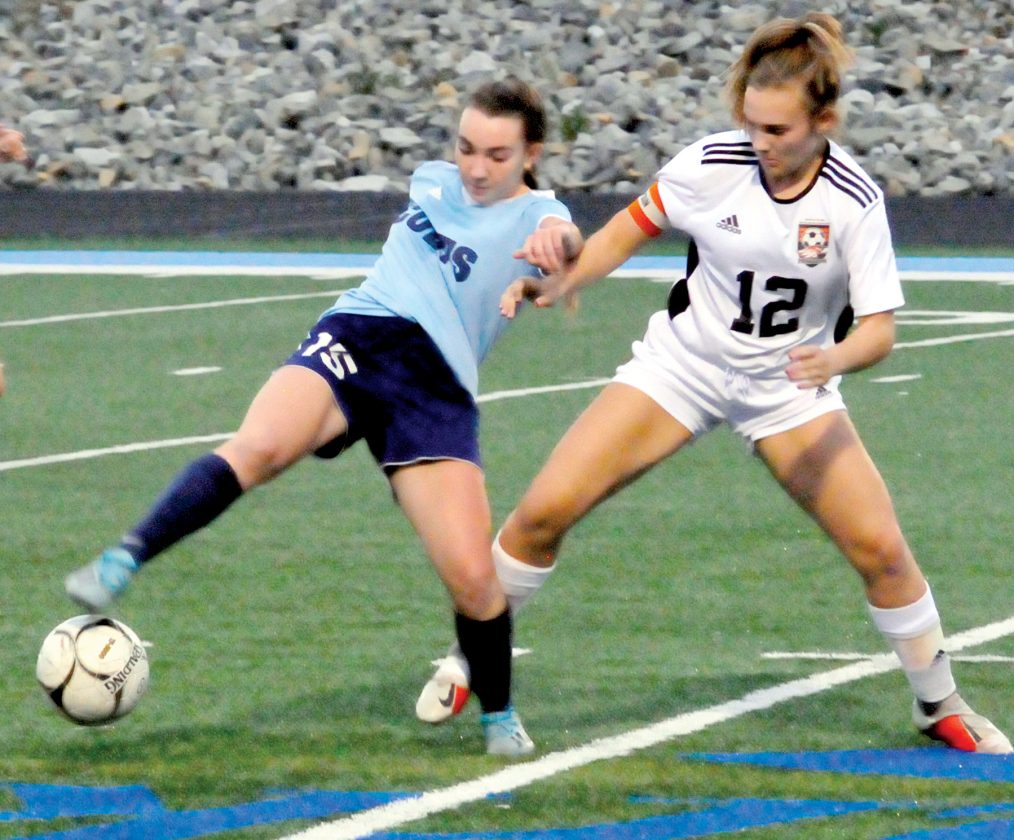 The win bumped the Lady Colts’ season record out to 10-3-2, and secured a rematch of last year’s sectional crown game at PBHS. The Elkins Lady Tigers knocked off Lewis County, 1-0, on Monday and will travel to PB on Wednesday with a 6 p.m. start time for the familiar Big 10 Conference rival squads as the hosts look to repeat as sectional champs.

Lydia Phillips helped PB get set up for the first goal of the game six minutes into the contest by pushing the ball ahead where senior Brittany Lawrence cleaned up from 5 yards out with a successful shot on goal.

Three minutes later, SHHS Lady Hawk goal keeper Kamryn Tharp deflected a hard shot from Lawrence before Phillips put the rebound into the netting for a 2-0 lead the hosts would take to the halftime bench.

Philip Barbour tacked on another insurance goal at the 28 minute mark of the second half when Graylin Floyd tapped the ball to Macie Satterfield, and Satterfield sent the assist on over to Colt senior Alisha Griffith, who put a right-foot finish into the goal to cap the scoring from close range.

The Colts dominated time of possession in the attacking third while winning several defensive skirmishes when the Hawks got close. South Harrison ended up with two shots on goal while PB senior keeper Cloie Mossesso nabbed a pair of saves.

PB peppered the South Harrison net with 20 shots on goal while Tharp stood in and recorded 17 stops on the night as the Lady Hawks’ season came to a close.