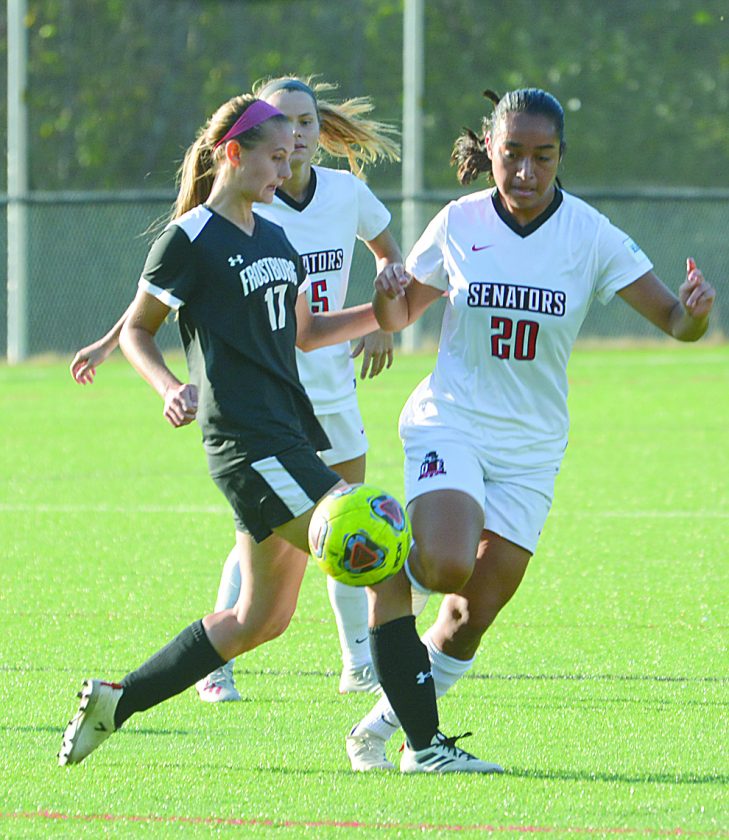 The Lady Senators, who also collected a third straight shutout in the triumph, hit for the game-winning goal at the 17:06 mark of the first half when Samantha Cozzolino scored the first goal of her college career.

Cozzolino headed in the score on a cross by Asheli Freed from the corner. Davis & Elkins (5-2-1, 4-1 MEC) held an 8-5 advantage in shots on goal for the contest.

Freshman goalkeeper Katie Clarke had five saves in net for the Lady Senators, who held a 6-4 edge in corner kicks.

Davis & Elkins will travel to MEC foe Fairmont State at 7 p.m. on Wednesday.

Rachel Wiggins and Aleah Martone both scored goals in the first 10 minutes of play as the Lady Yellow Jackets (4-4, 3-1 G-MAC) stormed out to the early lead.

Wyer scored her first goal of the game just before intermission as Cedarville took a 3-0 lead into the half.

Wyer found the back of the net for her second goal midway through the second half and Bex Velloney capped off the scoring in the game with less than 6 minutes left.

The Lady Battlers (2-5, 0-4) will travel to Walsh University on Thursday.