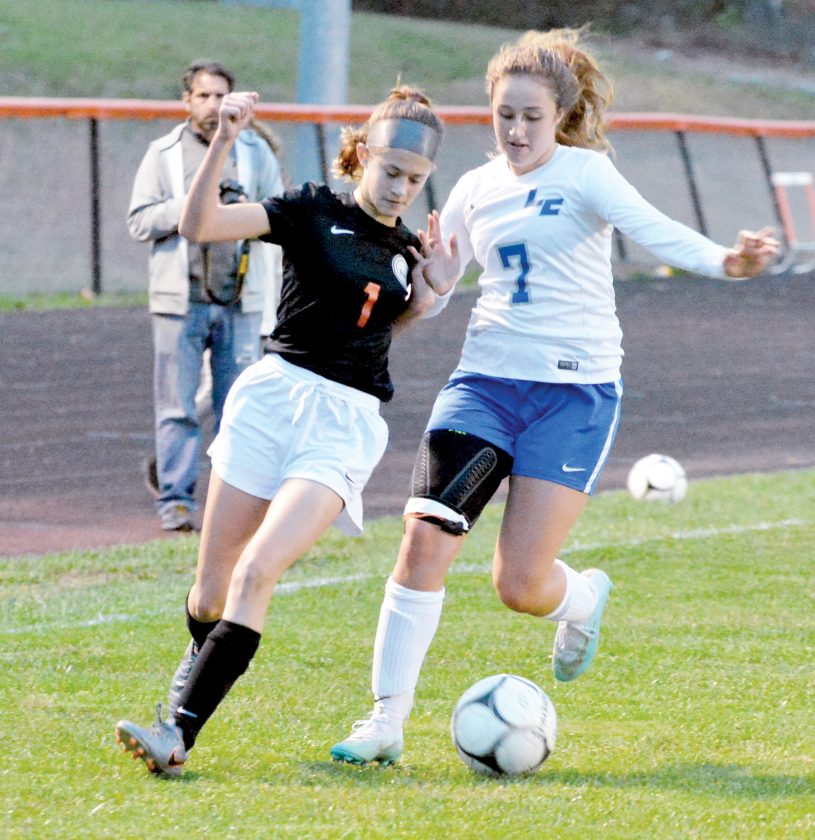 The Lady Tigers (12-6-1) will battle Philip Barbour, who defeated South Harrison 3-0 on Monday, at 6 p.m. Wednesday evening at George Byrer Field in Philippi. The Lady Colts narrowly defeated Elkins, 2-1, during the final week of the regular season at EHS.

“Our team came out and played hard and put us back in the sectional title game,” said Elkins coach Scott Cutright. “We knew it was going to be a battle with Lewis County and we did the things we needed to do to win. Now we have another big opportunity in front of us on Wednesday.”

The two squads battled to a scoreless tie through the first 40 minutes of play and it wasn’t until the 24:10 mark of the second half when the Lady Tigers got on the board. After Elkins’ Hanna Cutright was taken down inside the box, senior Isabella Karlen found the back of the net for the game-winning goal on a penalty kick that awarded on the play.

The Lady Tigers held a 10-5 edge in shots on goal and a 3-0 advantage in corner kicks. Goalkeeper Taylor Oldaker had five saves in net for Elkins, including two in the final minute of regulation.

“Taylor made several key saves in the game, including a couple late in regulation and one just before the end of the first half,” said Cutright. “And our defense played well in front of her, they kept their cool under pressure and limited the number of shots they (Lewis County) had. Offensively, we communicated well and played smart with the ball. Everyone played really well.”

The Minutemaids end the season with a 7-9-3 mark.