Texas gets by Mountaineers 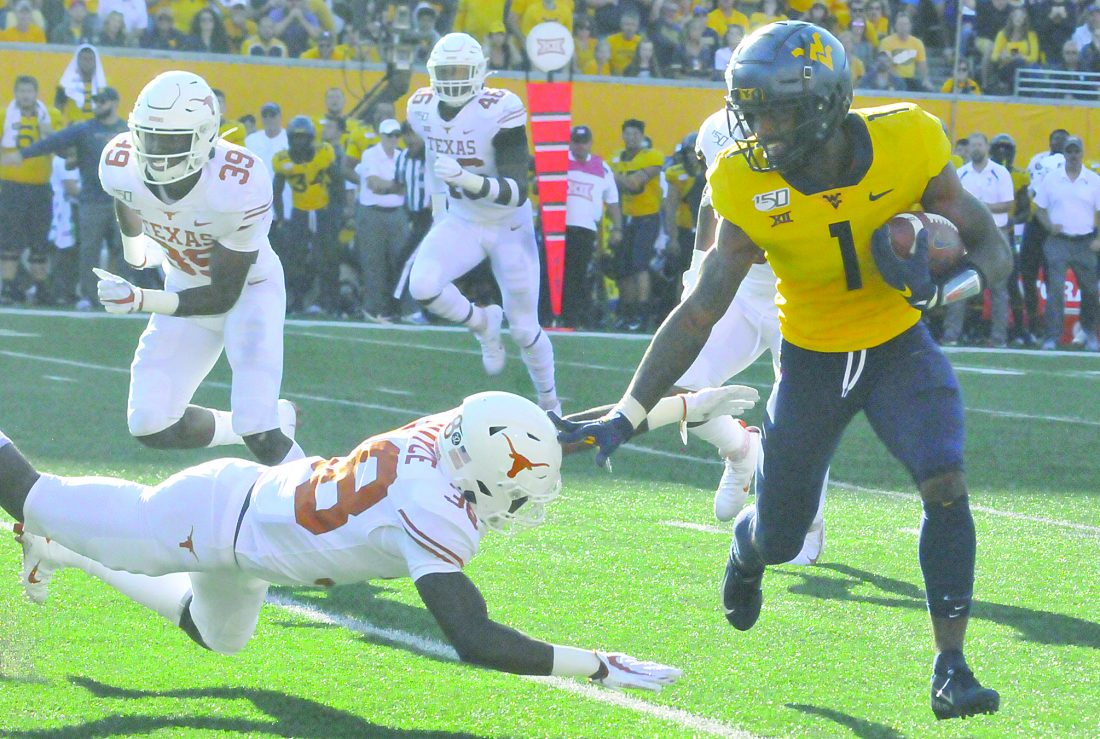 MORGANTOWN (AP) — Before he took a knee on the final play, quarterback Sam Ehlinger flashed the “Hook’em Horns” sign toward the Texas fans in West Virginia’s stands.

He got his payback, even if he insists he’d put aside last year’s defiant celebration by several Mountaineers on his home field.

Ehlinger threw two touchdown passes and ran for two more scores while No. 11 Texas converted three turnovers into TDs in a 42-31 victory over West Virginia on Saturday.

“I’m really proud of the way that everyone kind of kept our heads down and kept swinging,” he said. 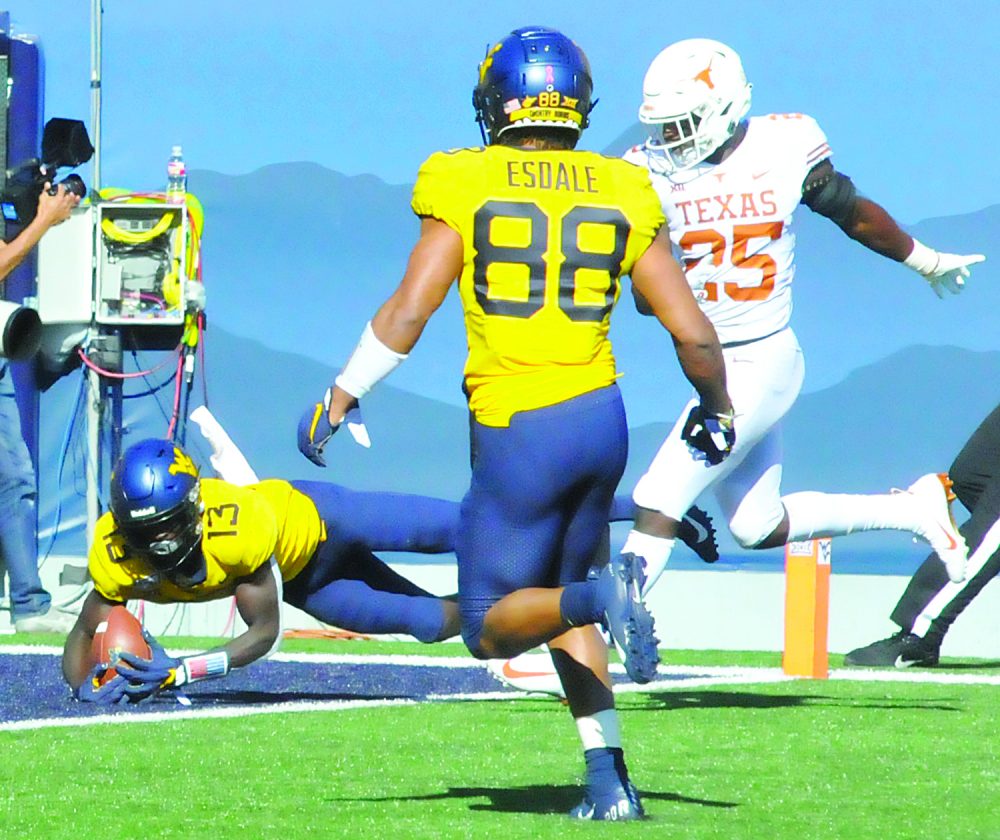 Ehlinger and several Texas players were upset last year after West Virginia players flashed “horns down” signs during West Virginia’s 42-41 win in Austin, Texas. Ehlinger had noted in a tweet that was later deleted: “Do not think it will be forgotten.”

Maybe it wasn’t forgotten, but it wasn’t the inspiration behind Saturday’s win, either.

“I don’t think any of it was motivation, honestly,” Ehlinger said. “We’re focused on being the best that we can be and external forces don’t matter.”

Ehlinger finished 18 of 33 for 211 yards. He threw just his second interception of the season that West Virginia turned into a third-quarter field goal.

The Texas defense showed no signs of slowing down despite injuries that have decimated the secondary. The Longhorns intercepted Austin Kendall four times, twice by cornerback D’Shawn Jamison.

Texas needed those turnovers to break open a close game, too.

Texas coach Tom Herman praised his defense for making key plays when West Virginia had a chance to retake the lead after halftime. That came as the Longhorns’ offense sputtered, punting on four of its first five drives in the second half while also having Ehlinger’s interception.

“We knew this was going to be a really tough environment,” Herman said.

B.J. Foster’s pick early in the fourth quarter led to Devin Duvernay’s 13-yard scoring run. Kendall was intercepted on the next drive by Jamison at the West Virginia 18, and Ehlinger threw a lateral to offensive lineman Samuel Cosmi, who rumbled 12 yards into the end zone for a 35-17 lead.

Kendall threw three TD passes, including pair of fourth-quarter scores, and had a 1-yard scoring run. He finished 31 of 46 for a career-high 367 yards.

West Virginia coach Neal Brown came to Kendall’s defense. He said the Oklahoma graduate transfer’s first interception was a misread but the other three were the fault of the receivers, who either had a chance to catch the ball or ran the wrong route.

“I had a pretty good eye on the field and I thought the kid played well, played his best game,” Brown said. “We were in the game offensively because of him.”

Texas: The Longhorns were making their first trip outside of the state of Texas this season and showed they were not looking ahead to next week’s Red River Rivalry game against No. 6 Oklahoma.

“We did a good job on staying focused on the task at hand,” Ehlinger said.

West Virginia: The Mountaineers started a brutal October stretch with a bust. They also have Iowa State, No. 6 Oklahoma and Baylor on the schedule this month.

Texas: The Longhorns play the Sooners next Saturday in Dallas. Texas beat the Sooners 48-45 during the 2018 regular season at the State Fair of Texas, though the Sooners won the rematch in the Big 12 title game.