Buckhannon and Elkins set to clash for 98th time tonight

Junior running back T.J. Guire enters tonight’s game against the Bucs as the leading rusher for Elkins this season 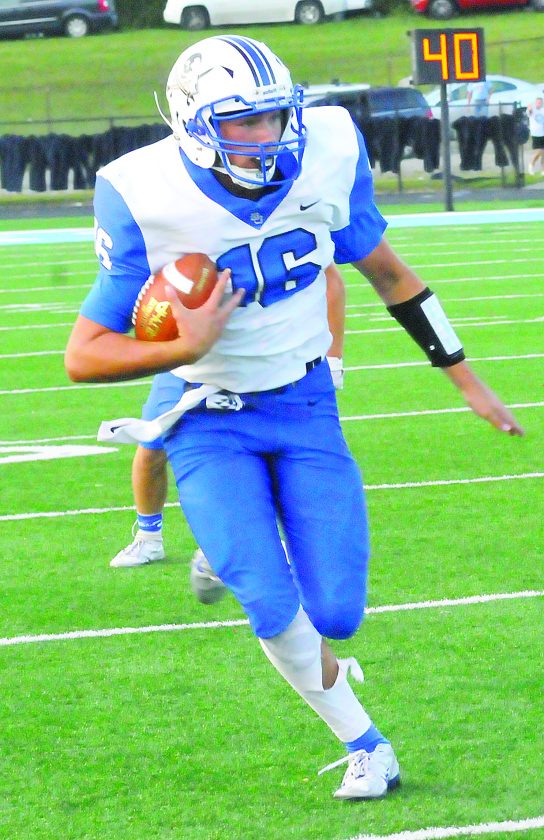 ELKINS — Two teams will be looking to end their season on a high note when Elkins entertains old rival Buckhannon-Upshur at Wimer Stadium tonight.

Since then, the Tigers have squared off against some of the premier teams in the state and last week were upended by Class AA, top-ranked Fairmont Senior by a score of 49-7.

Dennard “Dee” Wyche had the Tigers’ lone score on a 48-yard run in the third quarter.

T.J. Guire, who is the seasonal rushing leader for Elkins, played well enough to tally 60 yards on the ground, while Wyche added 53. 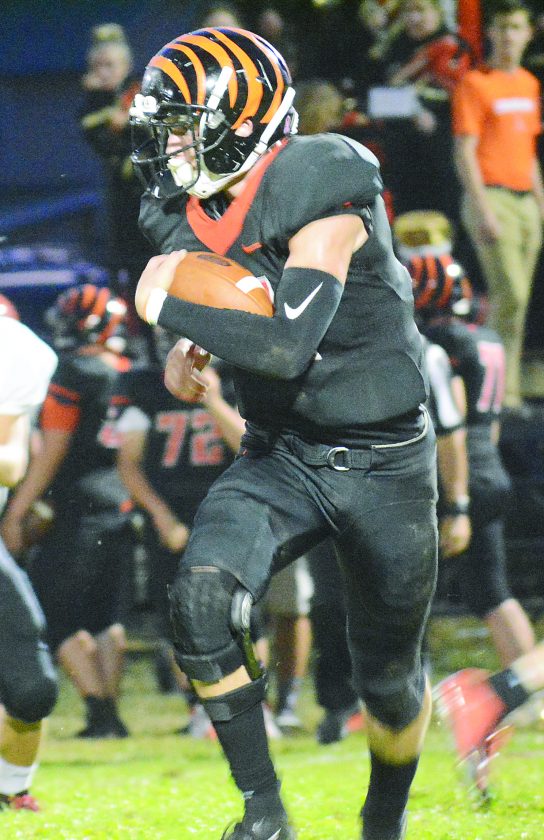 Junior running back T.J. Guire enters tonight’s game against the Bucs as the leading rusher for Elkins this season

As a team however, the Tigers collected just 108 yards of total offense and have struggled the last three weeks to find the end zone, scoring only 21 points against Bridgeport, Wheeling Park and Fairmont Senior.

For the 1-8 Bucs, the last time they captured a victory was back on Sept. 13 when they defeated Philip Barbour.

The Bucs were led by quarterback Ryan Strader and running back Trenton Westfall in the setback. Strader threw for 92 yards and had a rushing touchdown, while Westfall ran for 115 yards and picked up a score on the ground.

B-U has also struggled on offense this year and averages just 13.4 points per game.

This evening will mark the 98th time Elkins and Buckhannon have met on the football field, making it one of the longest and most played series in the entire state.

And for Evan Hott, a former player as well as being the Tigers head coach, it is certainly a special game which holds very fond memories.

“It’s a special game to me. I think everyone grows up wanting to play their best game against B-U,” he said. “I looked at the forecast for (tonight) and it says the low is 18 degrees. I recall it was 17 degrees on my senior night, and I still have more vivid details from that game than any other I played in.”

The Buccaneers like the option attack and this game will be no different, according to Hott.

“They are a heavier with the run than pass and they like to run their option from the gun like they did last year against us,” Hott said.

If Elkins is to finish in the win column and head into the offseason feeling good about itself, the Tigers must be disciplined when facing the Bucs’ ground attack.

“You to be sound on defense when you’re going against the option, every defender has a specific responsibility,” the third-year coach said. “We have to worry about our individual job and execute. If we don’t, we could give up some big plays.”

With regard to the Tigers offense, Hott said, “We have to block better than we’ve done the last three weeks if we want to have any success, and we have the play a clean game, without any turnovers to be successful. If we can do those things and bring a level of intensity that is higher than theirs, we’ll be okay.”

When asked how big a win to finish out the 2019 campaign would be, Hott said he wanted to send his seniors out a winner.

“A win would be big for momentum but more than that, as I told the boys earlier in the week, this is a game that they will always remember, especially our seniors,” he said.

“I encouraged them to lay it all on the line, this is it and that there is no tomorrow.”

Elkins and Buckhannon-Upshur will kick off at 7 p.m.