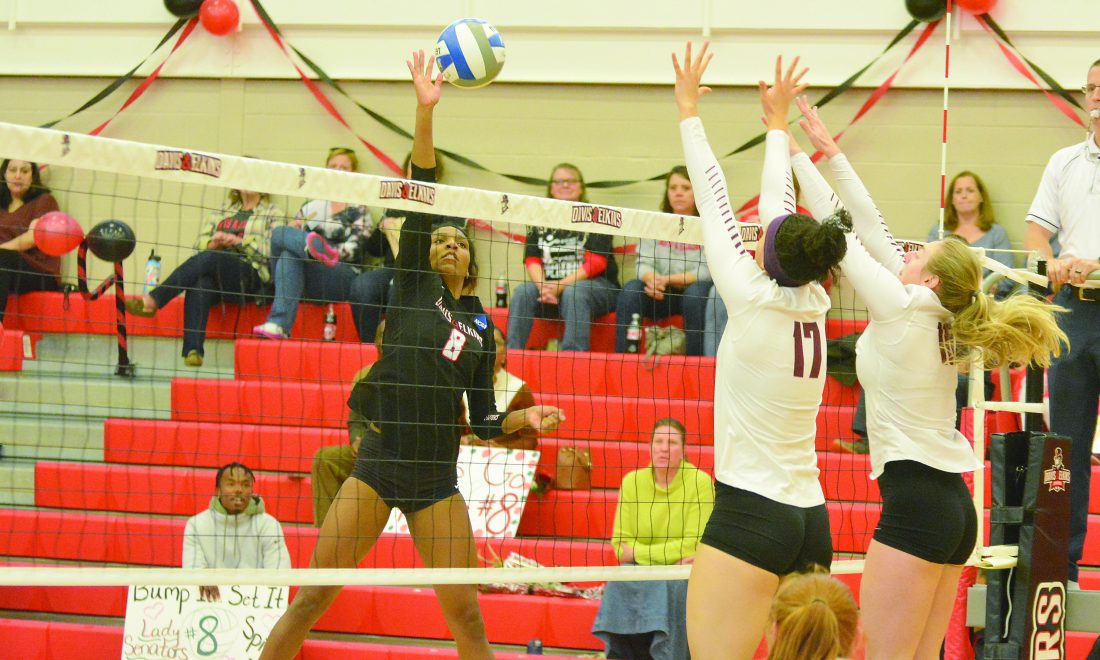 Kelly Smith had a strong showing for the Lady Senators with 24 digs, four assists and one ace. Kaitlyn LaCour finished with 25 kills and Sarah Warren tallied 52 assists.

Essence West had 22 digs and two aces for Davis & Elkins, while Mya Mintschenko had four blocks. Sarah Warren chipped in with 20 digs and Solei Daniels finished with 12 kills.

The Lady Senators will remain home for a 7 p.m. matchup against rival West Virginia Wesleyan on Tuesday.

The Lady Falcons will entertain Frostburg State the same evening.