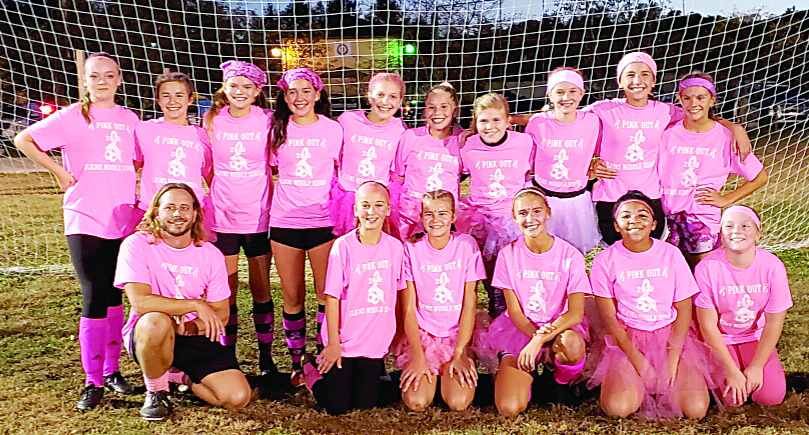 The Lady Hornets beat West Fairmont in the opening round, 1-0, with the winning goal coming from Addy Cogar and the assist by Layla Fletcher.

In the championship round, EMS beat a very talented Fairview squad, 2-1, with Haylie Doyle and Gracelin Corley scoring goals for the Lady Hornets.

Overall, the girls finished the season with an 11-1-1 record.

“The girls played extremely well this season, they were a young team but showed a lot of improvement from the beginning of the season until the end,” EMS coach Levi Fletcher said. “The girls used a team-oriented, pass- heavy offense to control ball possession during most games. Our defense was outstanding with several girls stepping up to solidify the back line, and limiting most teams to very few shots on goal.

“I am really proud of all these girls, especially our eighth graders, Laney Fletcher and Gracelin Corley. They were a positive example that helped the team bond and play as a team throughout the season.”

The younger girls also stepped up and played like veterans for EMS, showing a lot of heart and character in the last few games with extreme cold weather proving not to be a deterring factor as the team closed out the season on a seven-game win streak.

On the season, the Lady Hornets tallied 39 goals and allowed only six, with eight shutouts.