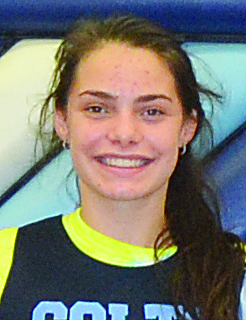 Denison, a freshman middle hitter, was a force in the middle with 475 kills and more than 200 blocks for the Lady Colts, who advanced to the state semifinals in their 18th straight appearance in the state tournament. 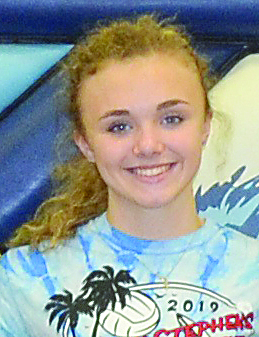 Teammate Hannah Rogers was also named to the first unit.

In addition, she assisted on 77 of her teammates’ kills and had 235 digs. Rogers, a senior lefty outside hitter, was right behind Stokes with 314 kills. She also had 139 aces and 191 digs.

Hayhurst had 769 assists to pace the Tigers. She also came up with 189 kills and 24 blocks when on the front line, while also leading the team with 395 digs. Williams led the team with 437 kills and had 31 blocks, while serving up 112 aces.

Despite missing 15 matches due to injuries to both ankles, Hefner put down 424 kills, while also coming up with 300 digs and 85 aces.

Clay, who recently signed with UNC-Charlotte, had 435 digs, 79 aces and 240 points scored.

Bridgeport senior middle hitter/defensive specialist Payton Merica was chosen to captain the second team. Merica put down 448 kills and had 66 blocks at the net, while also coming up with 180 digs.