Winner advances to Class A championship 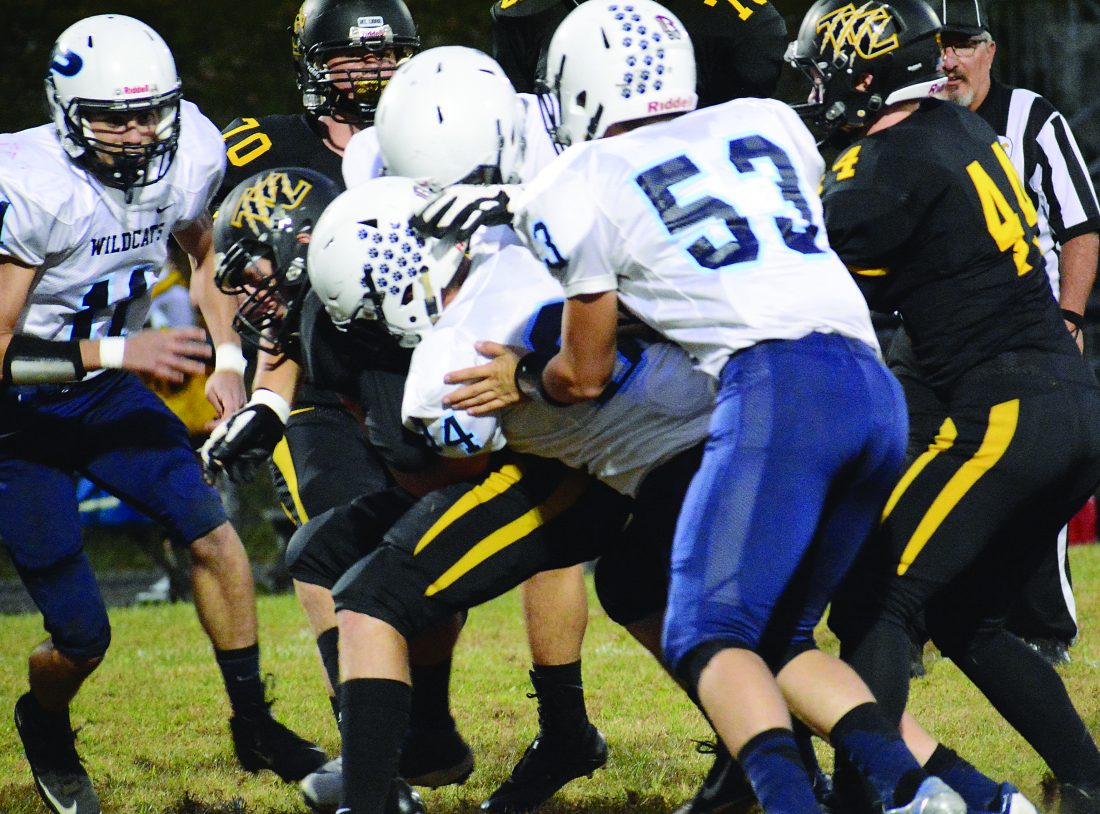 The Inter-Mountain file photo Pendleton County defenders converge on a Tucker County player during a game from October. The Wildcats have surrendered just one touchdown in playoff wins over Moorefield and Midland Trail. They host Wheeling Central tonight in a Class A semifinal.

The third-seed Wildcats (11-1) are coming off 13-2 win over St, Marys in quarterfinal play. They avenged their lone loss of the season by defeating Moorefield in the opening round, 26-7.

“I think that loss to Moorefield was the best thing that could have happened to us,” Pendleton County coach Zach Smith said. “We were a different team against them a couple of weeks later in the first round of the playoffs and we showed up.”

Pendleton County is led by junior quarterback Isaiah Gardiner, along with the running of Dalton Dunkle, Javen Fawley and Colt Smith.

With all-state quarterback Curtis McGhee III out with an injury, senior Jacob Rine has stepped in and thrown for 241 yards and a pair of touchdowns for the 10th-seeded Maroon Knights (8-4) in road playoff wins against Tolsia and Ritchie County.

Junior Jordan Waterhouse has rushed for 1,076 yards and 10 scores this season.

Like Pendleton County, Central’s defense has been stingy in the postseason, allowing just 12 total points.

In tonight’s other Class A semifinal, top-rated Doddridge County will host No. 5 Williamstown.

The Class A title game is set for Dec. 7 at Wheeling Island Stadium.