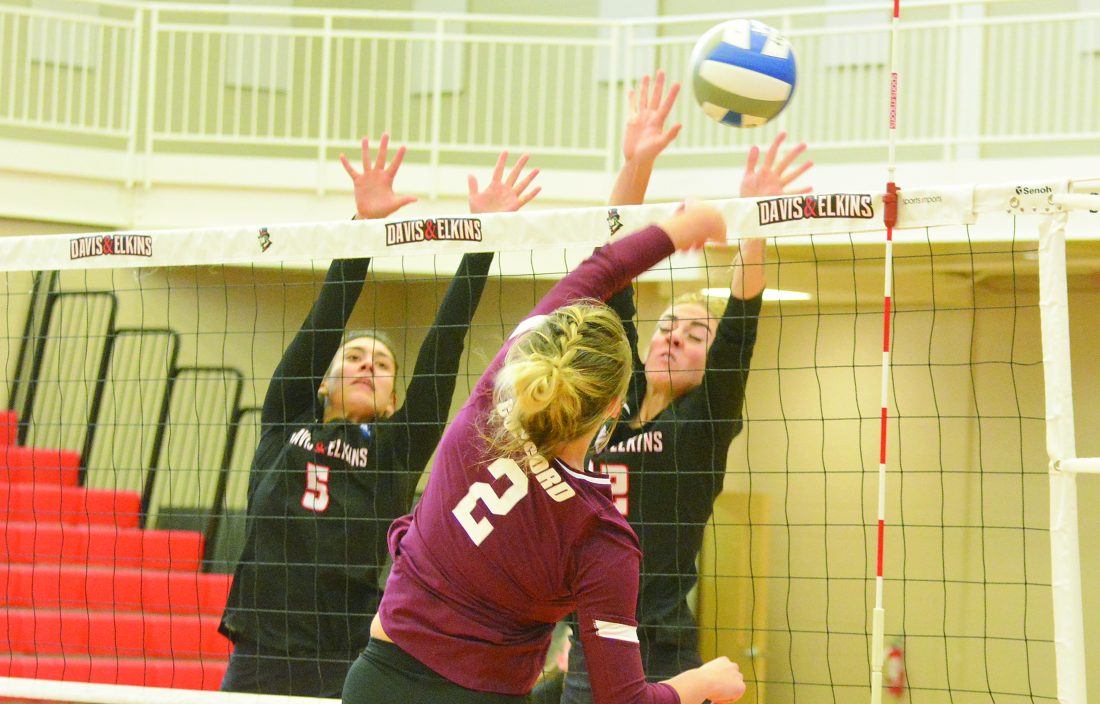 Kaitlyn LaCour led the way for Davis & Elkins with 15 kills, eight digs and one block. Kelly Smith followed with 18 digs, four assists and one ace.

Sarah Warren tallied 36 assists for the Lady Senators, while Jessa Henry finished with nine kills and two blocks. Cynthia Arango had three aces and Lillie Mueller a pair of blocks.

Davis & Elkins will entertain Frostburg State for another conference clash on Friday. Game time is scheduled for 7 p.m. The Lady Senators will remain home at 2 p.m. on Saturday to face Fairmont State.

Concord, which had its three-game winning streak snapped with the loss, will entertain West Virginia State on Tuesday.