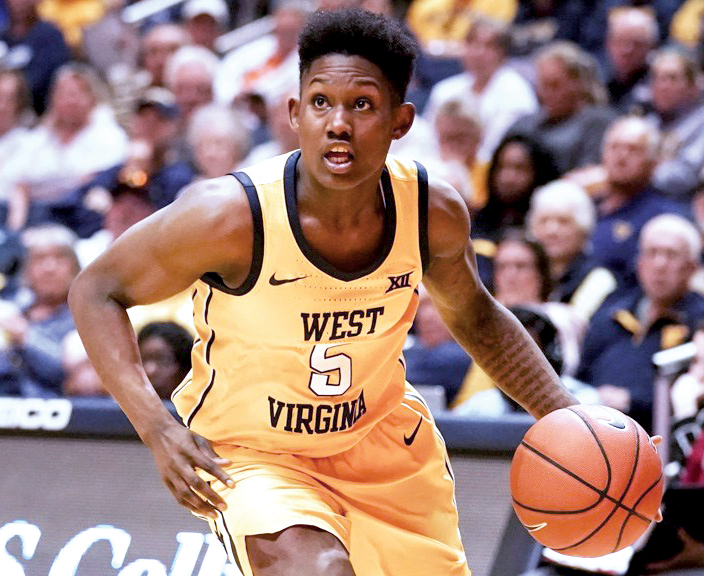 The Mountaineers received 59 votes in this week’s poll, just one behind No. 25 South Florida.

Baylor and Texas represent the Big 12 in the AP Top 25. The defending National Champion Lady Bears rank second with 721 points, including two first-place votes, while the Longhorns rank at No. 22 with 113 points. Iowa State received one vote in the poll.

West Virginia opens by hosting Radford on Sunday in a 2 p.m. tipoff at the Beckley-Raleigh County Convention Center.

Nationally, Oregon had the most impressive win of the week in a game that didn’t even count.

The Ducks remained a solid No. 1 in The Associated Press women’s college basketball poll Monday, receiving 28 of 30 first-place votes from a national media panel. Oregon stunned the U.S. women’s national team in an exhibition game on Saturday, handing the Americans only their second loss ever to a college program.

“This is a memorable night,” coach Kelly Graves said after the victory. “Great crowd, they were loud. That’s almost really about as good as it can get in basketball. And all that being said, we’re 0-0.”

Baylor was second in the women’s AP Top 25, claiming the other two first-place ballots. The Lady Bears were followed by Stanford, Connecticut and Texas A&M. It’s the first time the Aggies are ranked in the top five since they were fifth on Dec. 29, 2014.

South Carolina moved up to sixth after an impressive road victory over then-No. 4 Maryland on Sunday. The Terrapins dropped to eighth. A year ago, Maryland went to South Carolina and rallied from an early 12-point deficit to register an 85-61 victory.

“It was an embarrassment,” South Carolina coach Dawn Staley said.

Oregon State was seventh, with Louisville and Mississippi State rounding out the top 10.

Here are a few other tidbits from this week’s poll:

CHARGING BULLS: South Florida entered the poll this week at No. 25. Coach Jose Fernandez’s team knocked off then-No. 15 Texas on Friday night. Last season the Bulls were ranked in the preseason before losing three of their top four players to injury. That allowed other players to get experience and now with most of the injured ones back, Fernandez believes his team is primed for a strong season.

South Florida will be challenged with games against Baylor, Mississippi State, Notre Dame and UConn.

“We always play a tough schedule and this will be a good test for our team,” Fernandez said last month at American Athletic Conference media day.

TIP-INS: Ranked teams went 37-3 last week, with only Maryland, Texas and Minnesota losing games. The Golden Gophers fell out of the poll … North Carolina State coach Wes Moore on Sunday reached 700 career wins. In just over six seasons at N.C. State, Moore has posted a record of 142-58 (.710) that includes a 63-33 (.656) mark in Atlantic Coast Conference play. He has guided the Wolfpack to four NCAA Tournament appearances and back-to-back Sweet 16s in 2018 and 2019. With Sunday’s win, Moore became just the 11th active and 22nd ever NCAA Division I women’s basketball coach to reach 700 victories.

CHALLENGING WEEK: Notre Dame coach Muffet McGraw’s team, which lost more than 10,000 points to graduation and the WNBA, faces a tough schedule. The 15th-ranked Fighting Irish host Tennessee and No. 16 Michigan State this week. The Irish opened the season with a five-point win at Fordham.

“It’s definitely a work in progress,” McGraw said. “Definitely enjoyed coaching them a lot this summer and getting back to teaching them more.”