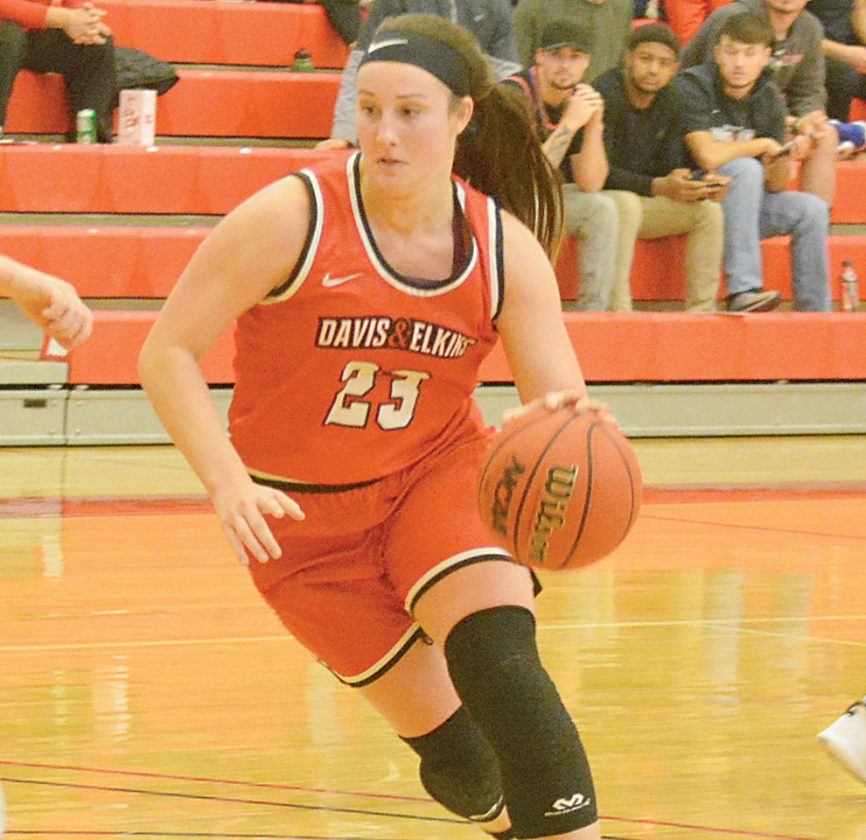 The Inter-Mountain file photo D&E sophomore and former Tucker County standout Sydney Nestor had a double-double in a losing effort against Notre Dame College on Thursday.

Notre Dame, which outscored the Senators, 18-8, in overtime, received 17 points each from Levi Franklin and Jordan Burton.

Myles Monroe had a game-high 29 points and pulled down seven caroms for D&E.

D&E, which dropped to 4-6 overall and 2-3 in MEC play, will travel to Urbana College for another conference contest on Saturday. The Falcons entertain West Virginia Wesleyan on the same day.

Jessie Stout also had a strong performance for Notre Dame, finishing with 10 points and 17 rebounds.

Jamiyah Johnson and Sydney Nestor both collected double-doubles for the Lady Senators (1-8, 1-4). Johnson tallied 24 points and 17 caroms, while Nestor finished with 13 points and 12 boards.

Davis & Elkins will return to action at 2 p.m. Saturday when it plays another conference contest at Urbana College (Ohio).