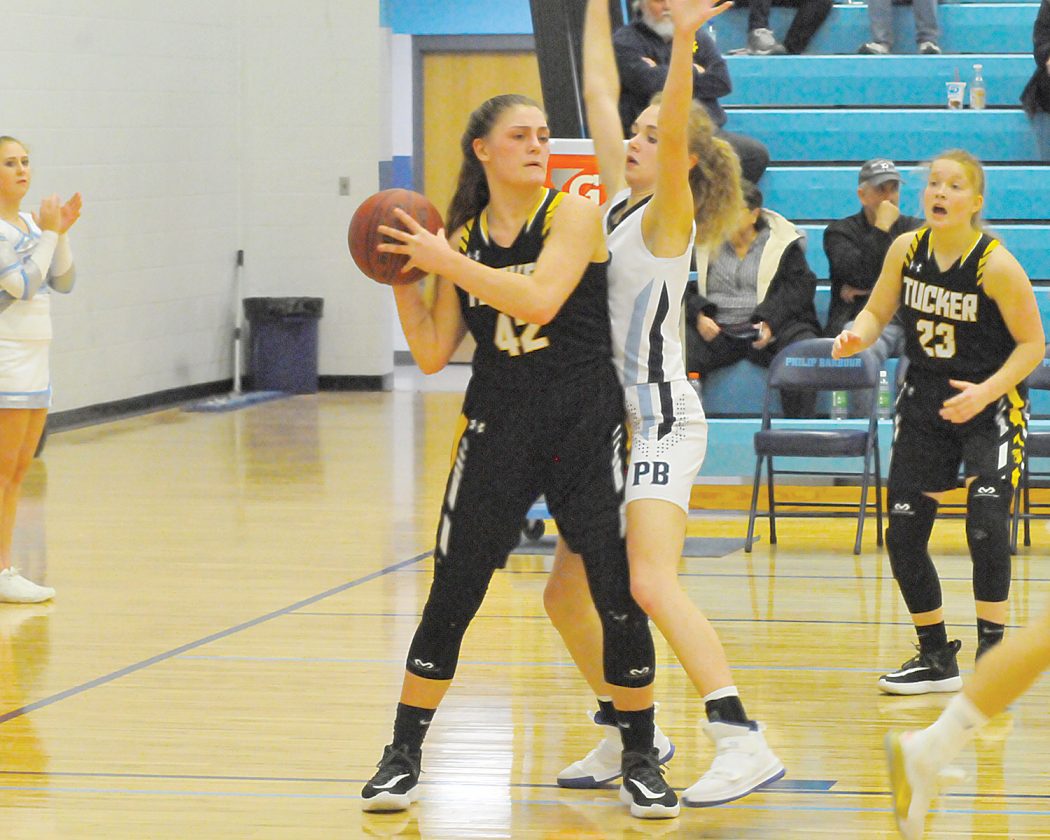 PHILIPPI — Fifth ranked single-A Tucker County extended its record out to 3-0 with a 74-56 win over Philip Barbour in non-conference action Thursday night at PBHS.

The host Lady Colts trailed 22-18 entering the second quarter before the Lady Mountain Lions pulled away late in the canto to take a 43-34 edge into the halftime locker room.

Tucker did the lion’s share of breaking the game open in the third, carrying a 57-41 advantage into the final period and holding PB to just two points before the TCHS reserves began to enter the contest less than halfway through the fourth quarter.

“I told the team in the locker room we’re over this one, we’re moving on to the next one,” PB coach Rick Mouser said. “We have some mistakes to work on. Credit to Tucker County, they did what they needed to do.

“We are a young team, and just need to keep improving as the season goes on.”

Emily Denison paced the Lady Colts with 17 points and five rebounds. Alyssa Hill inked 12 in the scoring column and Mimi Ferguson garnered seven points behind a 7 of 8 effort at the charity stripe.

“Tonight was definitely the best defensive game we have played so far,” TCHS coach Dave Helmick said. “It was also the best game offensively, especially in the second half.

“I went over some things at halftime and I asked them to hold them (PB) to one shot and our girls executed.”

Philip Barbour (2-1) will resume play today in the championship game of the Sam Board tournament in Grafton where the Lady Colts face the host Lady Bearcats starting at approximately 7:45 p.m.

Tucker County (3-0) will be idle until Thursday when its travels to Petersburg High School.

The Lady Mountain Lions will return home next Saturday for a noon start versus Parkersburg Catholic.