Tucker ranked in both polls

Area girls basketball season slated to get underway this evening 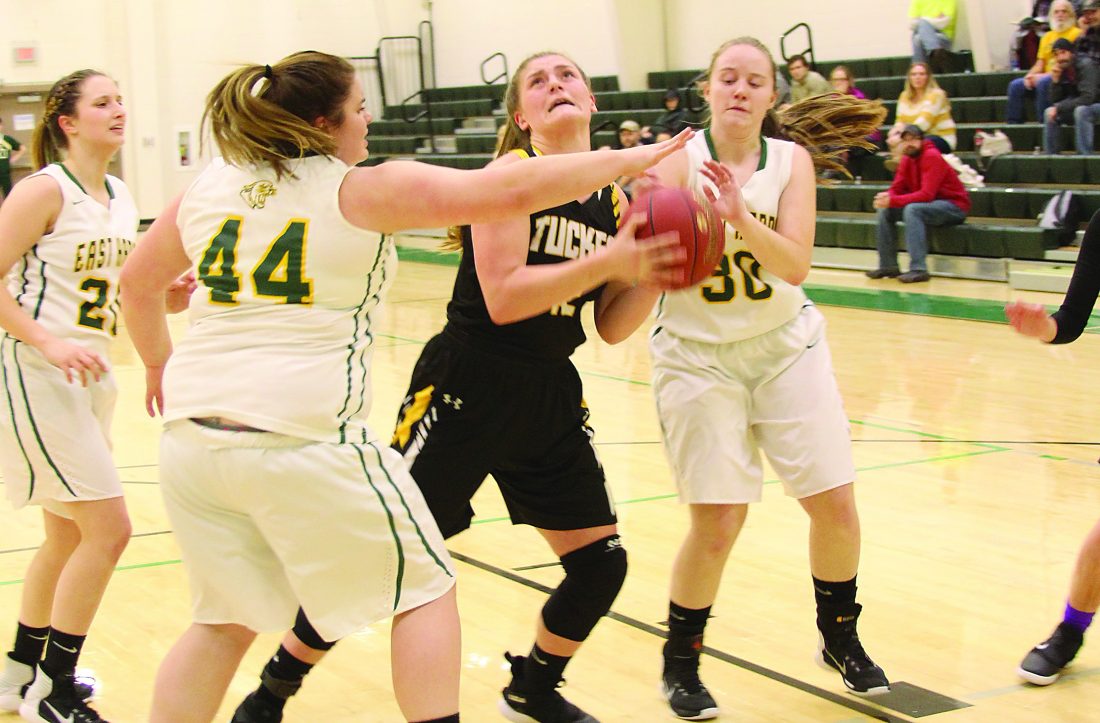 The Inter-Mountain file photo Terra Kuhn returns to lead Tucker County this season after being named the captain of the Class A all-state second team as a junior. The Lady Mountain Lions open the season Thursday at home against East Fairmont.

ELKINS — Tucker County will enter the season as a top 10 in Class A after the release of The Associated Press and Coaches Association preseason girls basketball polls on Monday.

The Lady Mountain Lions, seeking a 15th straight appearance in the state tournament, are ranked fifth in the AP poll and seventh by the coaches.

Tucker County compiled a mark of 17-7 last season under Dave Helmick, falling to Wheeling Central in quarterfinal action in Charleston.

Pocahontas County, with the return of nearly its entire roster, is ranked ninth by the AP voters.

Forward Terra Kuhn returns to lead the Lady Mountain Lions after being named the captain of the all-state second team as a junior.

Fellow senior Katie Surguy is back with experience at the guard position, along with sophomore London Hood.

Defending state champion Huntington St. Joseph Central is No. 1 in both polls, while 2018 champion Wheeling Central is second in the AP poll.

The Big 10 Conference occupies the top three spots in double-A, as defending champion Fairmont Senior is No. 1, followed by 2018 winner North Marion and Lincoln.

Area matchups include Preston at Elkins, Philip Barbour at Tygarts Valley, Harman at East Hardy and Pocahontas County on the road at Alleghany (Va.).