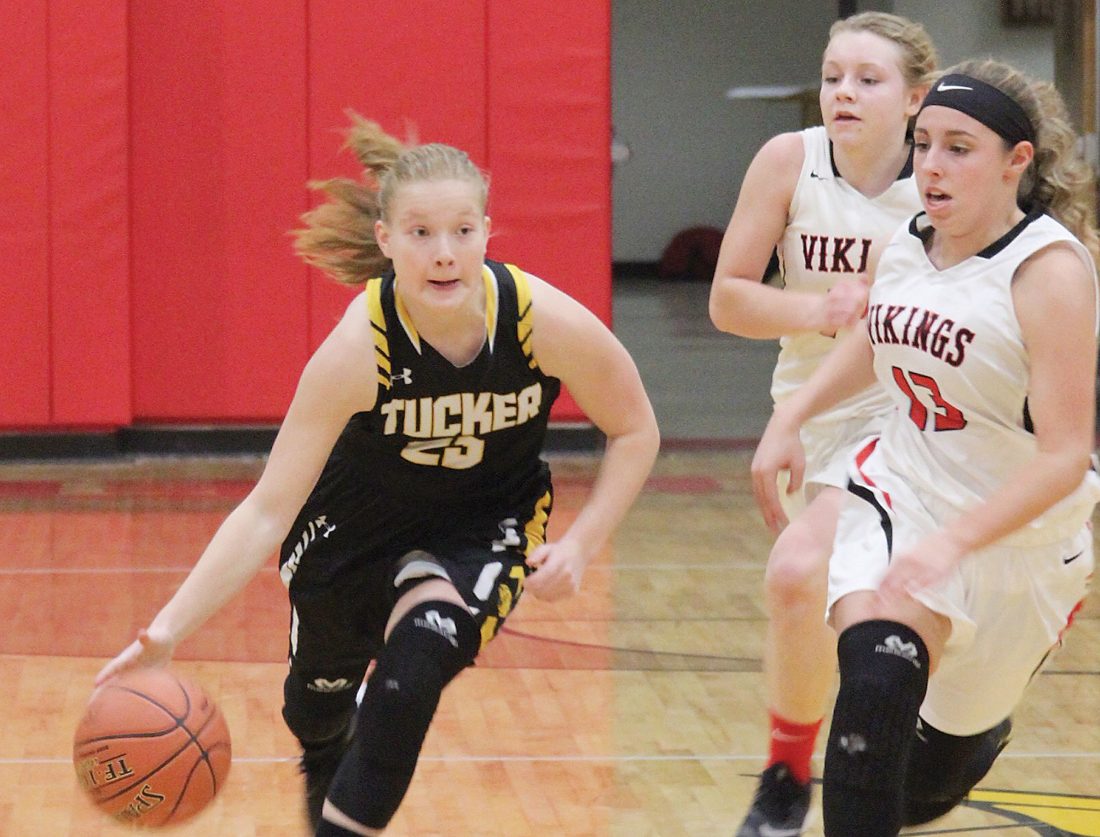 HAMBLETON — Jenna Burgess fired in 27 points as Petersburg outlasted Class A, No. 5 Tucker County, 58-50, in double overtime on Thursday night.

The Lady Mountain Lions (5-3) led throughout the first half, outscoring the Lady Vikings 10-6 in the first quarter and carrying a 21-17 lead into the halftime break.

Petersburg took the third quarter, 13-11, to cut the deficit to 32-30 after three quarters.

Burgess then hit a free throw with .5 seconds left in regulation to force overtime with the game tied at 42-all.

Tucker County built a 48-47 cushion in the first OT but Burgess again kept her team alive with a late putback to send the contest into another extra session deadlocked at 50-50.

It was all Lady Vikings in the second overtime as they scored all eight points in the frame to garner the road victory.

“We are young, and a young team struggles at the (free throw) line,” TCHS coach Dave Helmick said. “We won the rebounding game in regulation, but didn’t in overtime. We are learning on the fly, and sometimes you have those nights.”

Terra Kuhn notched a double-double with 22 points and 14 boards for the hosts after having to set out the entire second quarter with three personal fouls earned in the initial canto.

The Lady Mountain Lions (5-3) will resume play on Saturday at Charleston Catholic.