The Inter-Mountain photos by Edgar Kelley Tygarts Valley’s Kendal Cutright (23) goes up for her two of her 20 points against Pendleton County Tuesday night in Mill Creek. 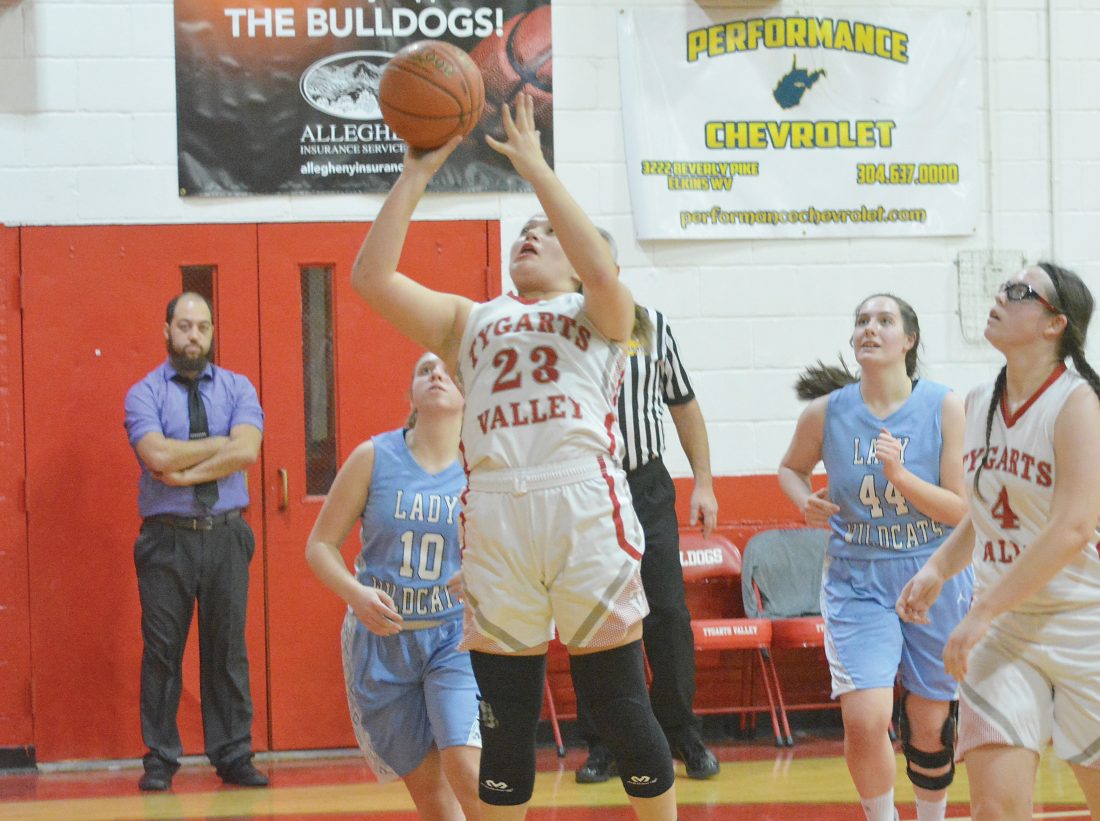 The Inter-Mountain photos by Edgar Kelley Tygarts Valley’s Kendal Cutright (23) goes up for her two of her 20 points against Pendleton County Tuesday night in Mill Creek.

The senior guard, who entered the contest needing just 15 points to reach the milestone, hit the mark with six seconds remaining in the third quarter when she stole a pass and glided to the basket for an easy layin.

“Getting the steal and score was a nice way for Abby to get her 1,000 points,” said Tygarts Valley coach Nancy Lewis. “Abby has one of the best shooting touches I’ve seen in all my years of coaching. I haven’t had too many pure shooters over the years, but she’s definitely one of them.”

The Lady Bulldogs (4-11) jumped out to the early lead in the contest as a Lanham 3-pointer with 1:30 left in the opening quarter capped off an 11-3 run to start the contest.

The Lady Wildcats (5-7) managed to trim the deficit to 13-7 at the end of the period and battled back in the final five minutes of the second quarter to take a lead into the half. Tygarts Valley took a 22-14 advantage on an old-fashioned three-point play from Landrie Lanham with 5:30 left in the second, but the visitors scored the final 11 points of the half to take a 25-22 edge at the break. 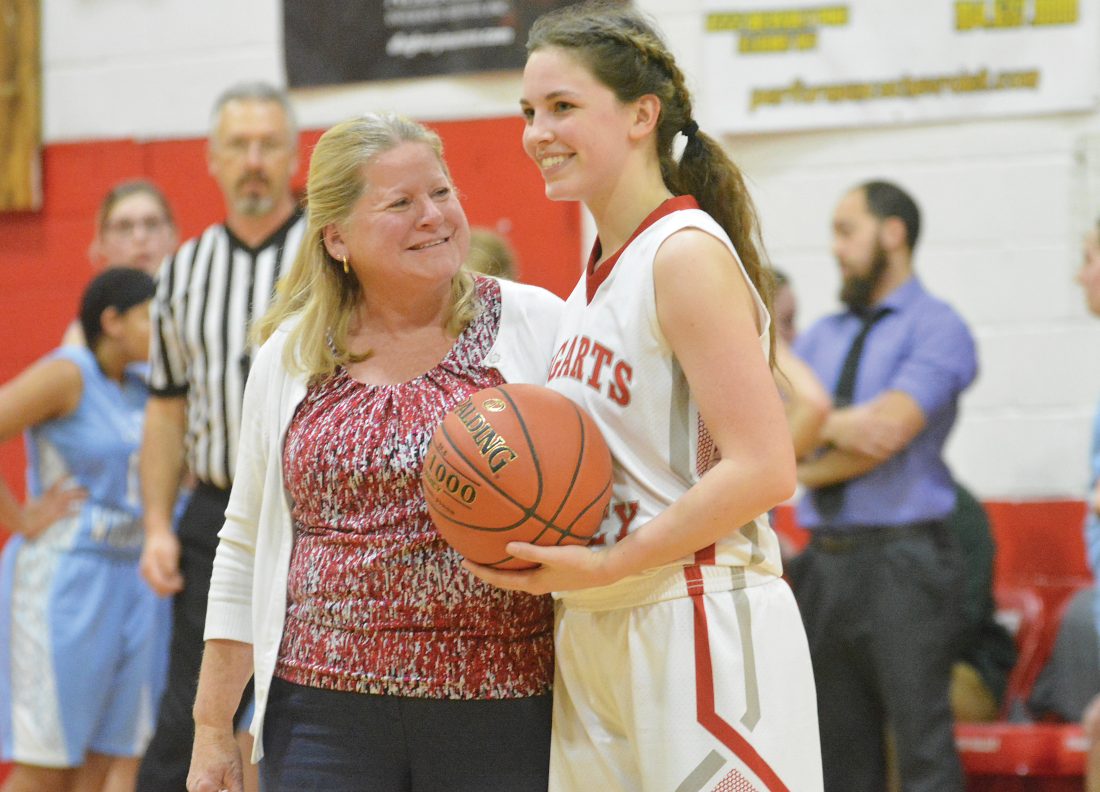 Pendleton County pushed the margin to 29-22 with four straight points to open the third quarter, and the Lady Wildcats took their biggest lead of the set at 33-25 on a layin from Hannah Swigunski with 2:30 left in the third.

Fueled by seven points down the stretch from Kendal Cutright, the Lady Bulldogs were able to cut the lead to 38-36 on Abby Lanham’s milestone bucket with six seconds left. After the score, Pendleton County’s Haley Moates took the inbound pass coast-to-coast for a layup to make it 40-36 entering the final period.

The Lady Wildcats opened the fourth quarter on an 8-3 surge as a score in the paint from Katelyn Scott made it 48-39 with 5:30 remaining in the game. Tygarts Valley managed to cut the lead to as little as four points, at 58-54, but it came with just eight seconds left on Abby Lanham’s third 3-pointer of the game.

“Free-throw shooting really hurt us tonight,” said Lewis, whose squad connected on just 5 of 17 shots from the charity stripe in the second half. “We have to be able to capitalize on our opportunities from the foul line and we didn’t do that tonight.”

Arianna Young led Pendleton County in the contest with 14 points. Scott followed with 12 and Brooke Walls scored 10. Moates chipped in with seven points.

Abby Lanham and Cutright scored 20 points each for the Lady Bulldogs, who hit just 7 of 19 shots from the free-throw line in the game. Landrie Lanham followed with seven points, five rebounds and five assists. Claire Smith scored five points, while Abi Cabaniss had 14 caroms to go with two points.

“Overall, I thought we played pretty well,” said Lewis. “We got off to a good start and battled hard most of the game. We just have to find a way to start making free throws.”

Tygarts Valley will return to action on Feb. 1 when it travels to St. Marys for HIT Tournament action. The Lady Wildcats will entertain Petersburg today.