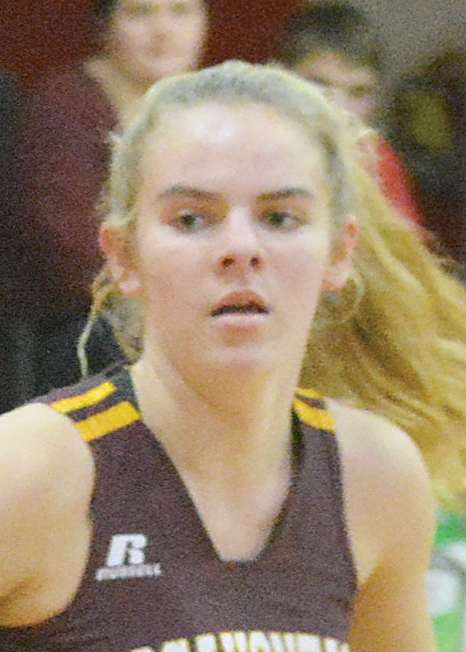 DUNMORE — Kira Bircher scored a career-high 28 points as Class A, No. 7 Pocahontas County knocked off No. 3 Summers County, 60-52, on Friday night.

In a closely played first half, the game was tied at 13-13 after one quarter before the Lady Warriors forged ahead, 24-22, at the intermission break.

Pocahontas County (9-3) then took control in the third, outscoring the Lady Bobcats, 20-10, to take a 44-32 cushion into the final frame.

The lead grew to 15 in the fourth quarter. Summers County hit a 3-pointer in the final seconds to get within single digits.

Bircher also had 10 rebounds, five steals and three blocked shots in the victory, while Charity Warder also turned in a double-double with 11 points and 10 rebounds.

Warder scored 10 of her points over the final two quarters after hitting just one free throw in the first half.

Pocahontas County, which lost at Summers County (66-51) back in December, held a 59-29 rebounding advantage on the night.

Summers County (8-3) was led by Taylor Isaac with 18 points, followed by Gavin Pivont with 11.

The Lady Warriors will then entertain No. 6 Tucker County next Friday in a battle of ranked teams.