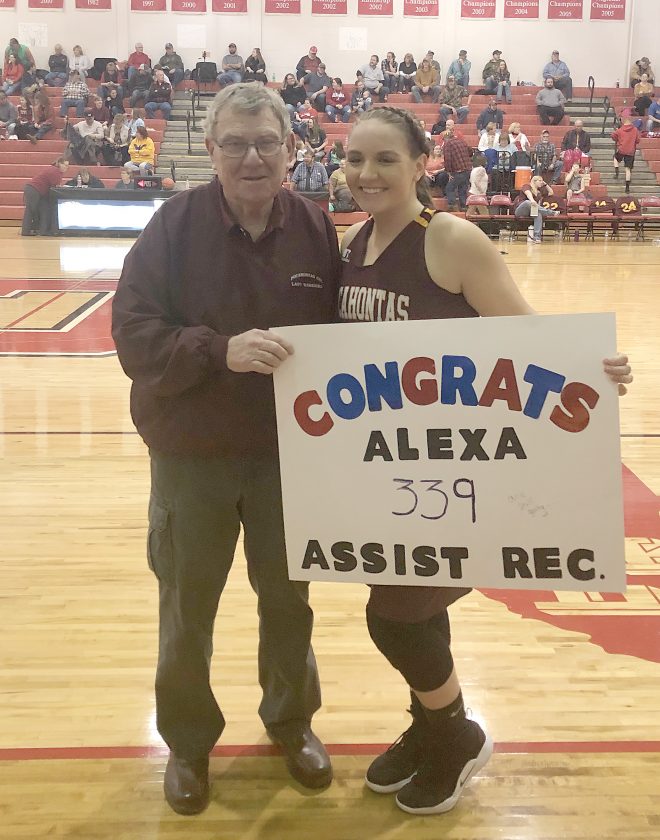 Taylor dished out six assists on the night to surpass Jennifer Young’s total of 338. She now has 344 during her four-year career.

The Class A, fourth-ranked Lady Warriors outscored the Lady Red Devils, 16-4, in the second quarter after the game was tied at 9-9 after the opening frame.

Pocahontas County led by as many as 10 points in the final period before Calhoun County cut the deficit to five, at 42-37, with 1:54 left in regulation.

The Lady Warriors then closed the game on a 7-1 run.