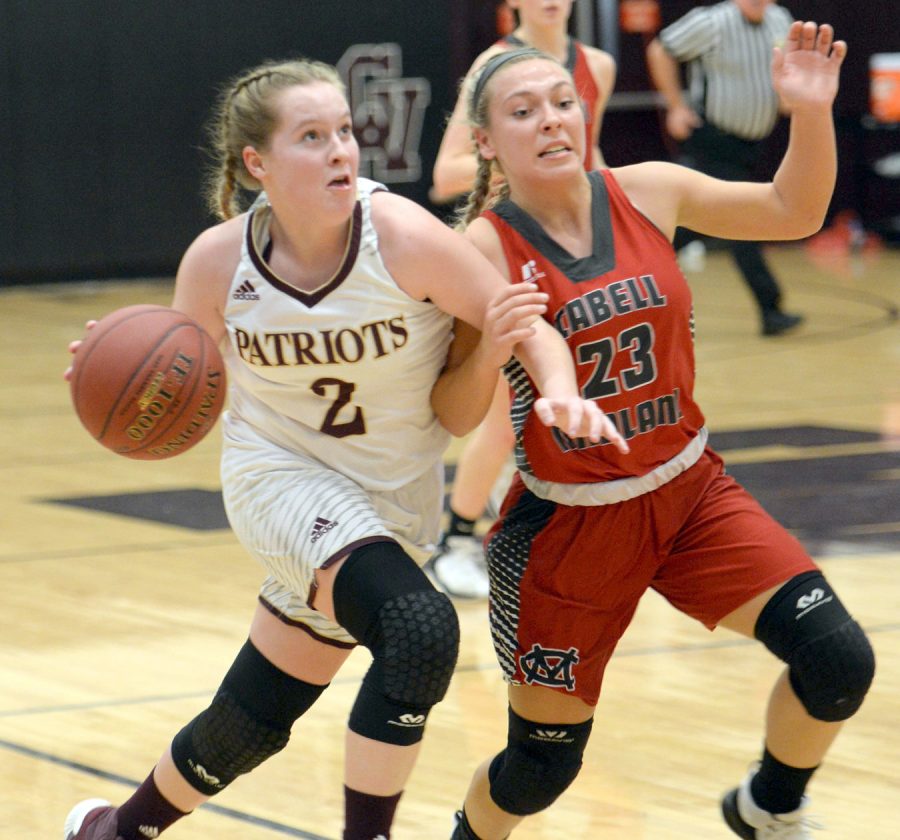 (AP) — George Washington’s Kalissa Lacy revels in the process and finds enjoyment in the effort she puts into improving her game at the gym year-round.

Preseason, her name wasn’t necessarily at the top of many player-of-the year lists, but her rapid ascension from a nice shooter as a freshman to one of the best all-around players in the state has been fueled by her unyielding work ethic and this season, that work paid big dividends.

Lacy (24.6 points per game) led all of Class AAA in scoring by five points per contest, won her second-straight Mountain State Athletic Conference scoring title and showed great improvement across the board all against one of the state’s toughest schedules. For those efforts, she was named the Mary Ostrowski Award winner as the state’s player of the year as voted on by the West Virginia Sports Writers Association.

“The feeling is absolutely incredible,” Lacy said. “I was pretty much speechless. I’ve worked for this for a long time. Since last year when I made first-team, All-State, it just made me hungrier. I wanted more.”

Finally, Lacy is also the first George Washington player to claim the honor.

“Being ranked up there with those names, it’s just incredible,” Lacy said. “It’s such an honor. Those are amazing basketball players and some big steps to follow.”

They’ve been Lacy’s steps to follow in terms of scoring in the MSAC for two seasons now. This year, the 5-foot-9 shooting guard improved her scoring average by six points per contest led the conference by 7.3 points per game over South Charleston’s Myra Cuffee.

But it wasn’t only what Lacy did, but who she did it to. GW navigated one of the toughest schedules in the state, playing the top three seeds in the Class AAA tournament – Parkersburg, Woodrow Wilson and Greenbrier East – a combined seven times. There were also two games against No. 7 South Charleston, one each against No. 1 Wheeling Park, No. 6 Cabell Midland and No. 10 Huntington as well as Class AA No. 2 Winfield and Class A No. 4 Summers County. With out-of-state games against Paul Blazer, Ky. and Fort Frye, Ohio and there were virtually no breaks on the schedule the Patriots.

The focal point of every opposing defensive game plan, Lacy came up with some of her biggest outputs against the toughest competition. She scored 34 and 30 points in regular-season wins over Woodrow Wilson, 31 in a loss to Wheeling Park and 28 and 23 in losses to Parkersburg.

“It was tough,” Lacy said of facing defenses engineered specifically to slow her down. “I knew I had to get past it. Getting beat up going to the basket was hard on my body, but you just have to battle through.”

Going to the basket was one area Lacy put in the most work. She has been a weapon on the perimeter since her arrival at GW, but committed herself to being a better ballhandler, a more diversified weapon in transition and better on the defensive end, all of which shone through. In particular, Lacy’s presence at the top of GW’s press led to steals and run-out layups.

“On the defensive end there’s been a lot of improvement and growth,” GW coach Jamie LaMaster said. “We put her on top of our press with her length and size and lateral quickness – she gets up there and gets in passing lanes and gets her hands active and she’s tough.”

The season came with its share of adversity too. Lacy was suspended from school in late January, missing games against South Charleston and Summers County for a misuse of social media.

It was a tough pill to swallow for a student-council member and four-sport athlete with a GPA over 4.0.

“I took it as a learning experience,” Lacy said. “I had to put it behind me. Like in basketball, you can’t worry about the last play, you can only worry about what’s coming. I was in the gym every day with my dad [during the suspension] trying to get better and work through it. It just showed me you have to watch what you put out there.”

On the court, Lacy’s output set another high bar for her own progress. Of the six other underclassmen to win the player-of-the-year award, only McCutcheon didn’t win it as a senior and she transferred to finish her prep career in Michigan.

Next year will certainly be a tough act to follow for Lacy and with it, will come plenty of pressure and an even target to wear over her maroon and silver jersey. But Lacy knows just one way to attack anything – head on and with unrelenting effort.

“There’s definitely some pressure, but I have the confidence in myself and my teammates,” Lacy said. “Coach LaMaster is one of the best coaches in the state and I know he has confidence in me. I’m going to be going against teams that see me as a big target, but I have to brush it off and forget I won this award, because I’m coming for it again.”

“The best part is I’m blessed to get to work with her another year,” LaMaster added. “Kids like that don’t come around very often. If she continues to improve and show growth, I’m not sure what the ceiling even is.”